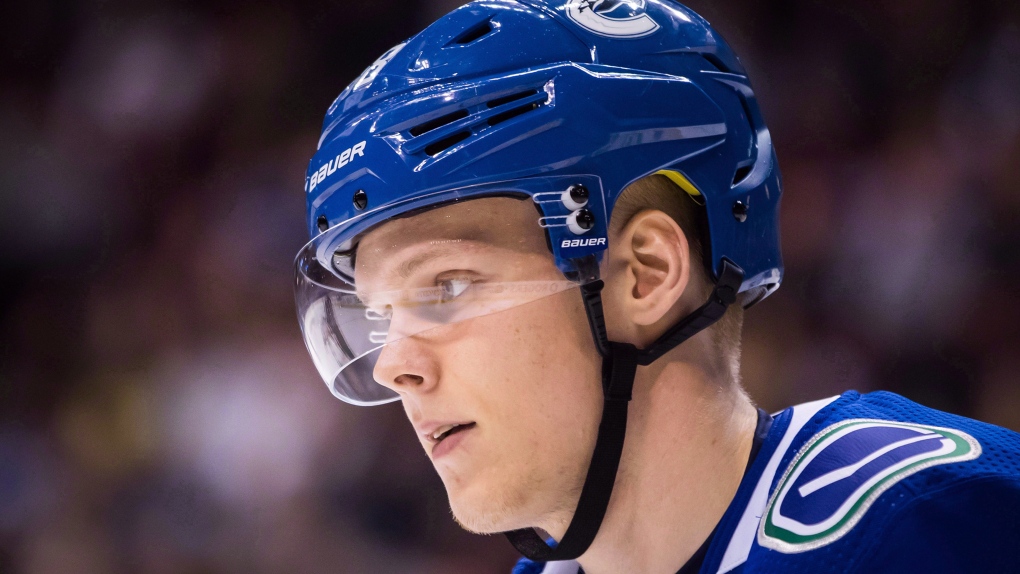 Vancouver Canucks' Olli Juolevi, of Finland, waits for a faceoff during the third period of a pre-season NHL hockey game against the Calgary Flames in Vancouver, B.C., on Wednesday September 19, 2018. Juolevi has had his season cut short by a knee injury. THE CANADIAN PRESS/Darryl Dyck

Vancouver Canucks prospect Olli Juolevi has had his season cut short by a knee injury.

Canucks general manager Jim Benning says the 20-year-old underwent successful surgery on Tuesday and is expected to be out for the next six months.

Benning declined to comment on the nature of the injury.

He says Juolevi will undergo rehab in Vancouver and should make a full recovery in time for the team's training camp next fall.

The Finnish defenceman tallied a goal and 12 assists in 18 games with the American Hockey League's Utica Comets this season.

Juolevi was taken fifth overall by the Canucks at the 2016 draft.

Benning says the injury is a setback because the club had hoped to get the young defenceman into some NHL games before the end of the season.