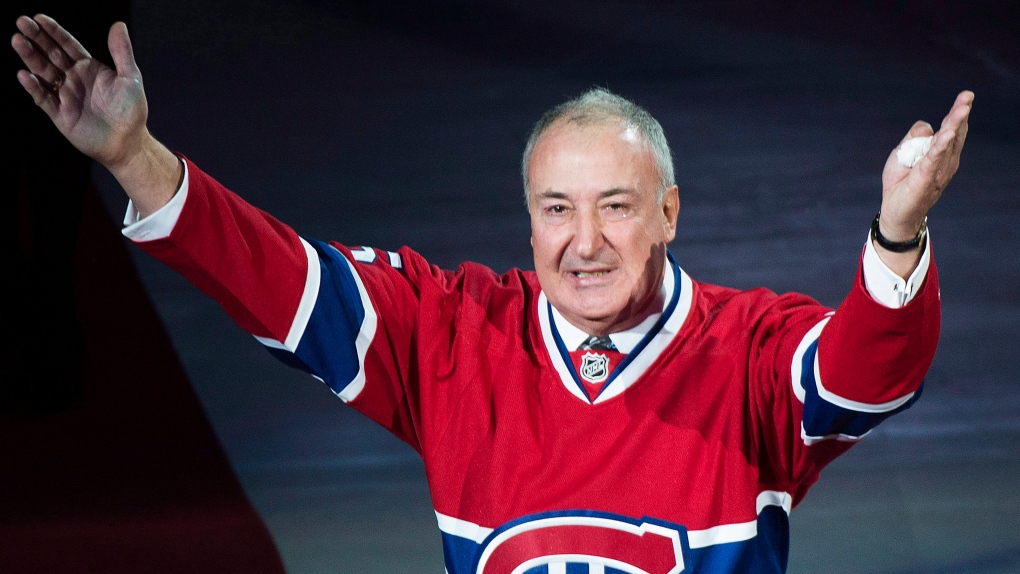 Former Montreal Canadien Guy Lapointe salutes the crowd as his number is raised during a retirement ceremony prior to an NHL hockey game between the Canadiens and the Minnesota Wild in Montreal, Saturday, November 8, 2014. (THE CANADIAN PRESS/Graham Hughes)

MONTREAL -- The Montreal Canadiens say that Hockey Hall of Famer Guy Lapointe has been diagnosed with oral cancer.

The NHL team issued a statement this morning at the request of Lapointe and his family.

The cancer is located at the base of the tongue and Lapointe will begin treatments in the coming weeks.

The statement also says this form of cancer has a high cure rate.

Lapointe, a Montreal native, played most of his 16-year NHL career with the Canadiens.

The defenceman won the Stanley Cup on six occasions with Montreal before closing out his career with stops in St. Louis and Boston.