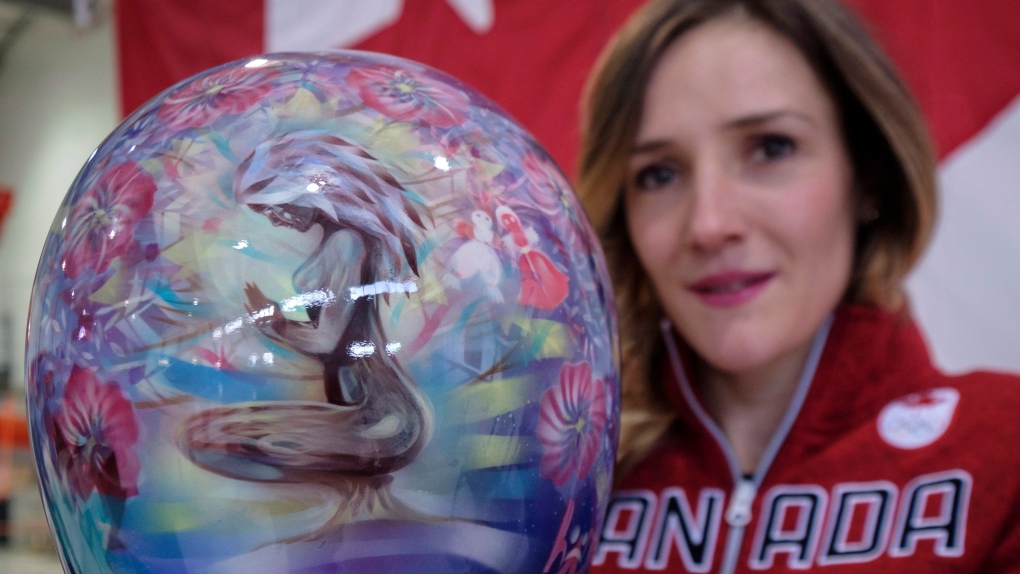 PYEONGCHANG, Korea, Republic Of -- Elisabeth Vathje and a couple of other Canadian skeleton racers were brainstorming about potential helmet artwork when a super-human concept popped into her head.

"'What do you think about Wonder Woman?"' Vathje remembers asking. "My one teammate was like, 'Yeah, because it's like your inner super hero is coming out."'

But the female DC Comics character wasn't enough for the 23-year-old Calgary native. She also wanted her sense of humour to shine through.

"The top of the helmet (looks) completely broken. The idea is because I've had a lot of crashes and to kind of make light of that," said Vathje. "So it's like smashed glass on the top. On the front and all around it is the Wonder Woman crown."

Skeleton, a sport where competitors race down icy tracks head-first at incredible speeds, was scheduled to kick off Thursday at the Pyeongchang Olympics.

And much like a goalie mask in hockey, the paint on each Canadian competitor's helmet reveals something unique about who they are.

"It creates such a character to the athlete, and I think it helps the general public identify with people," said Chris Le Bihan, high-performance director for Canada's bobsled and skeleton teams. "You don't see a lot of their faces, you don't see a lot of who this person actually is.

"When they have these cool, unique designs on their helmets, you immediately identify who's going down the track."

For instance, men's skeleton racer Dave Greszczyszyn's protective headgear features a grizzly bear as an homage to his alphabet soup of a last name.

"Ever since high school I've been called Grizz," said the 38-year-old from Brampton, Ont. "I stuck with it ... easier to say for announcers and friends."

While both Vathje and Greszczyszyn's designs lean on the lighter side, teammate Mirela Rahneva decided to go in an entirely different direction by honouring her mom, who died in June at age 53 after a long battle with cancer.

Rahneva's helmet includes a woman in the form of a tree on the back -- meant to represent her mother -- a Bulgarian rose to symbolize her family heritage prior to moving to Ottawa in 1997, and a white moose for the life she's made for herself in Canada.

"The biggest thing when (my mom) passed away is she lives on through our memories of her," said the 29-year-old. "It's a reminder that she's with me all the time."

Jane Channell, meanwhile, decided to pay tribute to her boyfriend with his football number after he died suddenly in 2009 at just 21.

"On the front I've got wings with the No. 7 in there," said Channell, a native of North Vancouver, B.C. "He was the one that taught me to dream big.

"Without him I would not be here."

The 29-year-old's helmet also gives a nod to the 2010 Olympics in Vancouver, which helped inspire the former sprinter to get into skeleton.

"There's a rib cage with a glowing heart, which happens to be a Maple Leaf," Channell explained. "So I've got Canada running through my veins."

Le Bihan said he expects each design, no matter the reasoning behind it, to connect with Canadians watching back home.

"It creates a story," he said. "There's a story behind each one of their helmets."

Based on this year's World Cup results, Vathje appears to be Canada's best hope at a medal in Pyeongchang after finishing with three silvers and a bronze over eight races this season, good for third in the overall standings.

And if she steps onto the Olympic podium at her first Games, it will be after a race where she sported a helmet that helps express who she is as a person.

"It's mainly to have fun," said Vathje, "and to remind myself that I'm tobogganing for a living ."