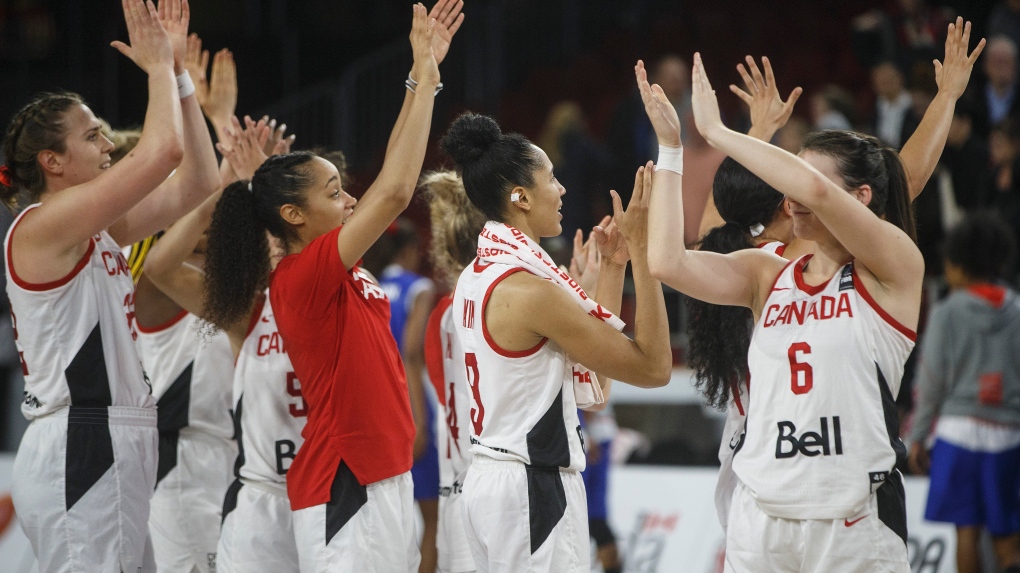 EDMONTON -- A balanced offence has the Canadians off to a strong start at the 2019 FIBA women's Olympic pre-qualifying tournament.

Kia Nurse had a game-high 28 points while Miranda Ayim added 14, and Canada opened the event with a 110-53 victory over Cuba on Thursday.

Natalie Achonwa, Jamie Scott and Sami Hill chipped in 10 points apiece for the fourth-ranked Canadians, who outscored the No. 26 Cubans 31-0 on the fast break.

"Our depth really showed tonight, and once we were able to pick up the defensive intensity and get out in transition were able to really score," said Canada head coach Lisa Thomaidis.

Cuba tried to hang around early. But a late bucket in the first quarter from Nayo Raincock-Ekunwe capped off a 10-0 run and gave the Canadians a 28-15 lead entering the second.

Canada extended its lead to 21 at the half and used a 13-0 run late in the third for a 47-point lead with a quarter to play.

"That's essential for us. We have to use our speed to our advantage and we have great point guards who can push the pace and we have bigs who run really well and are mobile," said Nurse.

Achonwa and Raincock-Ekunwe were forces in the paint for Canada, combining for 18 points and 14 rebounds.

"That's great for us. It just makes us harder to scout and for teams to come in and look at us and see how many threats we have on offence is going to be huge for us," said Nurse.

Thomaidis added: "The two of them are tremendous athletes and they play so well together. They have that experience and to be able to utilize them and take advantage of the chemistry they have."

Ayim recorded all of her 14 points in the first half to help kick start Canada offensively.

"We have a really balanced squad, and Lisa (Thomaidis) has done a great job of bringing people in who are going to be moving up the ranks," said Ayim. "I'm really excited for the immediate future and the longer future for Canada basketball."

Canada's next game is Saturday against the Dominican Republic.