Canadian teams of two to test their relationship in Rio 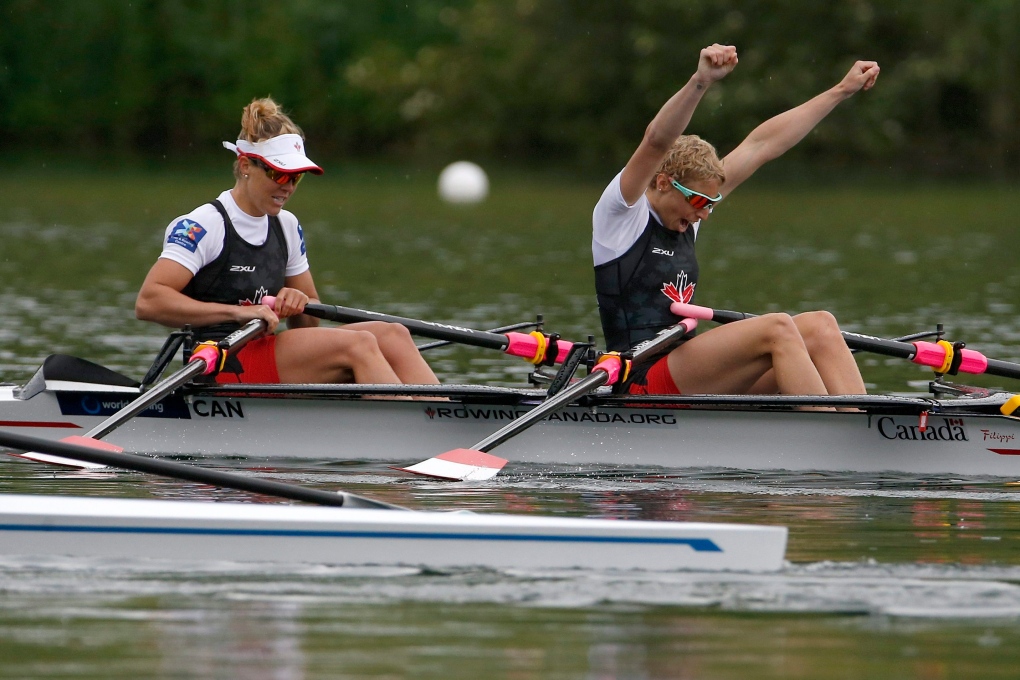 Patricia Obee, right, and Lindsay Jennerich, left, of Canada compete during the Lightweight Women's Double Sculls Final A at the rowing World Cup on Lake Rotsee in Lucerne, Switzerland, Sunday, May 29, 2016. (Alexandra Wey/Keystone via AP)

Almost 90 medals in Rio will depend on the power of two.

Sports requiring two athletes working seamlessly together in the water, on the court, in the boat and on the sand demand a special relationship.

There isn't the dilution of personalities, and therefore the buffers, of a basketball, soccer or field hockey team. In a two-person sport, athletes can't avoid the teammate with whom they're in conflict.

The strength, or weakness, of a duo's mental, physical and emotional connection is ultimately exposed on the field of play in high-pressure games.

"I believe that small teams have unique and intense dynamics, particularly teams of two," Canadian rower Marnie McBean wrote in her book "The Power of More."

"Partnerships can be the best type of working group or the worst. Depending on who you are with, it can be love or hate."

Winner of a pair of Olympic gold medals with Kathleen Heddle in the 1990s, McBean didn't understand Heddle early in their partnership. She felt the introverted Heddle wasn't as aggressive or as competitive as she was.

McBean came to realize Heddle was both. She accepted her partner just showed it differently. It was a watershed moment in their communication and performance.

Here are snapshots of some of Canada's two-athlete teams: 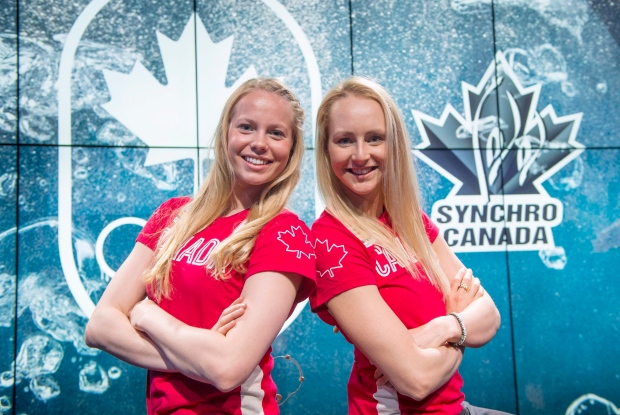 Not only do their movements mirror each other, but so do their heartbeats and their breath.

"We work on it sometimes, choreographing breaths in certain parts of the routine," Simoneau explained. "If I exhale in one part of the routine and she inhales, it makes a huge difference in timing, sychronization and arm movements."

"Often they'll put a heart-rate monitor on us and you'll see the same kind of lines going up and down at the same point," said Thomas.

Thomas, a 27-year-old from Gatineau, Que., and 19-year-old Simoneau from Saint-Laurent, Que, did not choose each other. They were paired by Synchro Canada three years ago.

"I am the veteran on the team," Thomas said. "She's the newcomer. It could have been a complete disaster very easily. But because we really want to be the best at practice every day, that really made a difference.

"Communication throughout the years, we've fine-tuned it. We can tell what we're thinking with just one look." 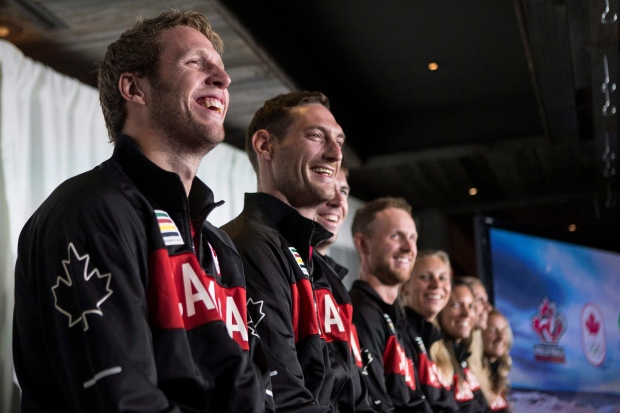 Bringing Kiwi coach Jason Lochhead on board in 2014 upped their communication game.

"When we started, we didn't have a coach with us all the time. It did get to the point where we were a little frustrated, but didn't quite know how to say it sometimes," Saxton said.

"Having that third party is pretty helpful. He can start those tougher conversations and see it from both of our points of view."

In their four years as a team, Calgary's Saxton and Schalk, from Red Deer, Alta., learned how the other handles on-court stress.

"When we're playing, I don't like to show much emotion other than happy emotion so when I'm struggling, I basically put the wall up," Saxton said.

"Chaim didn't know if I was into it or not because I made it seem like I didn't care. That's me not letting the opponents know something is bothering me."

Adds Schalk: "It took me a little while to learn that for sure. If Ben is struggling he wants to put it on himself to make it better. I've kind of learned how to get the most out of him in those situations.

"Sometimes I'll get frustrated with myself. I'll kind of show it more on the court. He does a good job of balancing me out, getting me to get calm, get it more light and have more fun in those situations." 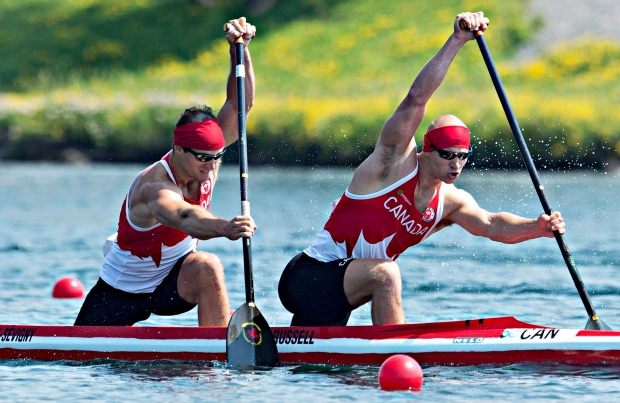 Montreal's Beauchesne-Sevigny and Russell from Dartmouth, N.S., know they've had a good 1,000-metre race when they don't say a word to each other during it.

"We might communicate three or four words max over the course of the race and usually it's because something isn't going the way we expect," Russell said.

The two men spend a ton of time out of the boat planning and plotting race prep and tactics together, so they know what they'll do and how the other will react if something unexpected occurs.

"It could be the three days planned out to the hour," Beauchesne-Sevigny said. "In moments where it is the most stressful, that tool is very useful to keep calm and go on with your business as usual and hopefully achieve your best performance."

The 31-year-old raced with Russell's brother Andrew until he retired. Beauchesne-Sevigny partnered with 28-year-old Ben in 2012. 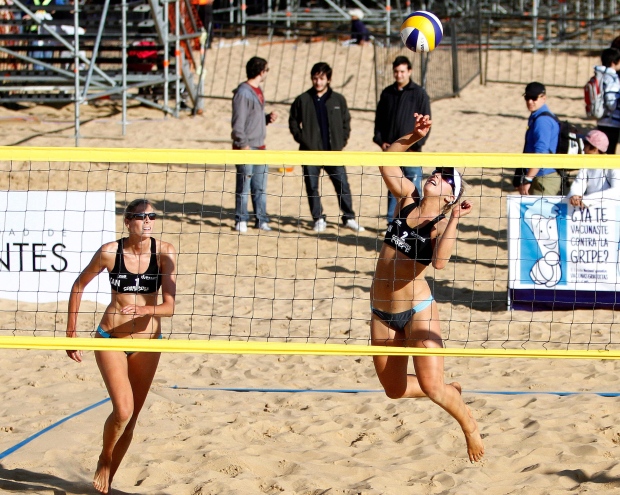 After listening to McBean give a talk about her relationship with Heddle, the two women looked at each other and said 'That's us,'" according to Pavan.

"That resonated with us," the 29-year-old from Kitchener, Ont., continued. "I'm definitely more in-your-face in a game situation and Heather isn't. We did have to learn how each other is and how we are both competitive, but we don't show it in the same way.

"If there are problems we talk it out. Sometimes it sucks to hear the truth and sometimes it makes you really look at yourself, which not a lot of people are comfortable with. If we want to be successful in this sport, it's something we have to do."

Teammates for four years, they feel the quality of their relationship is just as important as every dig and smash. It's what sets teams apart, according to Bansley.

"When you get to the level we're playing at, everybody is equally talented and puts in the exact same amount of work," the 28-year-old from Waterdown, Ont., said.

"It's really about how those partnerships function on the court and off the court, and how they can handle those pressures and stresses of intense situations." 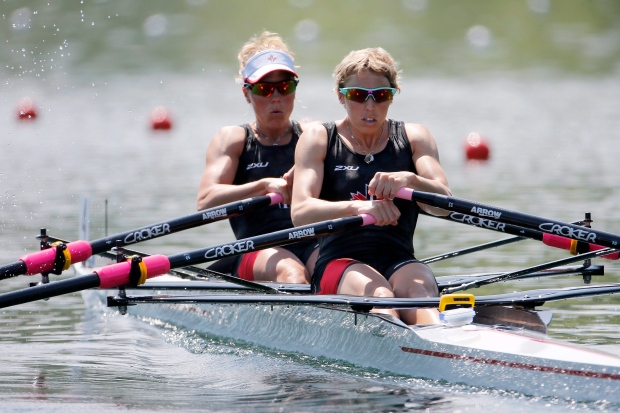 The women in the lightweight double say their open communication and fierce loyalty to each other is a product of training by themselves without a coach for a large chunk of their six years together.

Both from Victoria, the 31-year-old Jennerich and 24-year-old Obee had to talk out problems instead of relying on a coach to mediate.

"We've actually spent more months unguided than guided," Jennerich said. "Some of the pride we have in our combination is we have had to do it alone so much."

So if a race or a training session goes badly, the women consult each other and value each other's thoughts and opinions above anyone else's.

"The first person we make sure is OK is each other. We stick together no matter what," Obee said.

"If she's having a problem with a coach and I'm not, then I'm there for her and vice-versa. We're one person really when it comes to stuff like that."