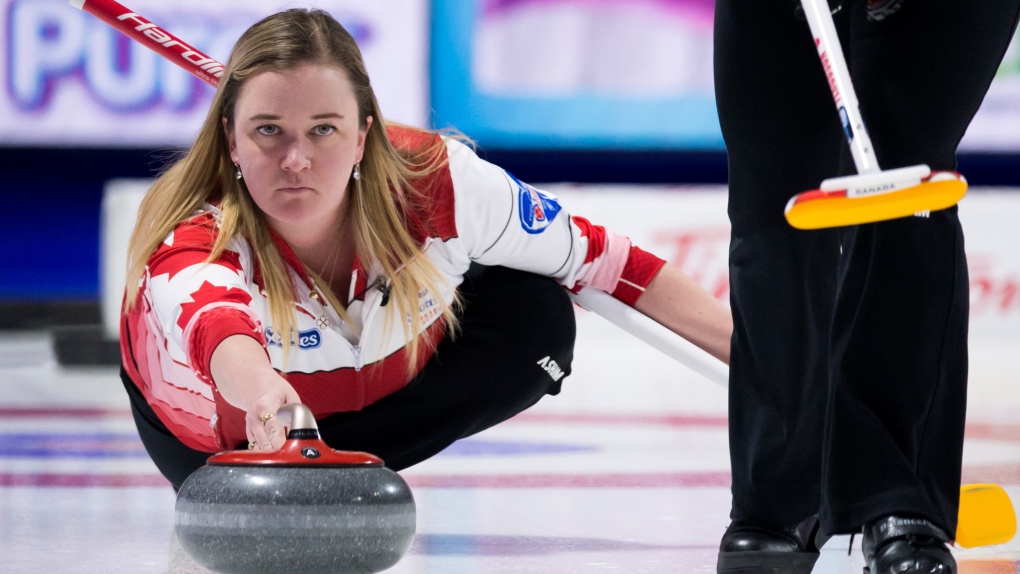 KRASNOYARSK, RUSSIA -- Canada's women's team improved to 5-1 with a pair of wins Tuesday at the world junior curling championships.

Mackenzie Zacharias's rink from Altona, Man., scored two in the 10th end for a 6-5 win over Switzerland in Tuesday's late draw. The win moved Canada into second place behind undefeated South Korea (6-0).

Canada opened with a 12-4 win over Hungary in the morning draw, putting the game away with a four-point eighth end.

The men's team also improved to 5-1 with a 7-1 win over New Zealand. Skip Jacques Gauthier and his crew from the Assiniboine Curling Club in Winnipeg broke the game open with three points in the fifth end, then followed with a steal of one in the sixth and seventh ends.

Germany kept pace with the Canadians atop the men's standings with a 10-6 win over host Russia.

Canada and Germany face off in Wednesday's morning draw in a battle of the men's leaders. Gauthier's crew take son Russia in the evening draw.