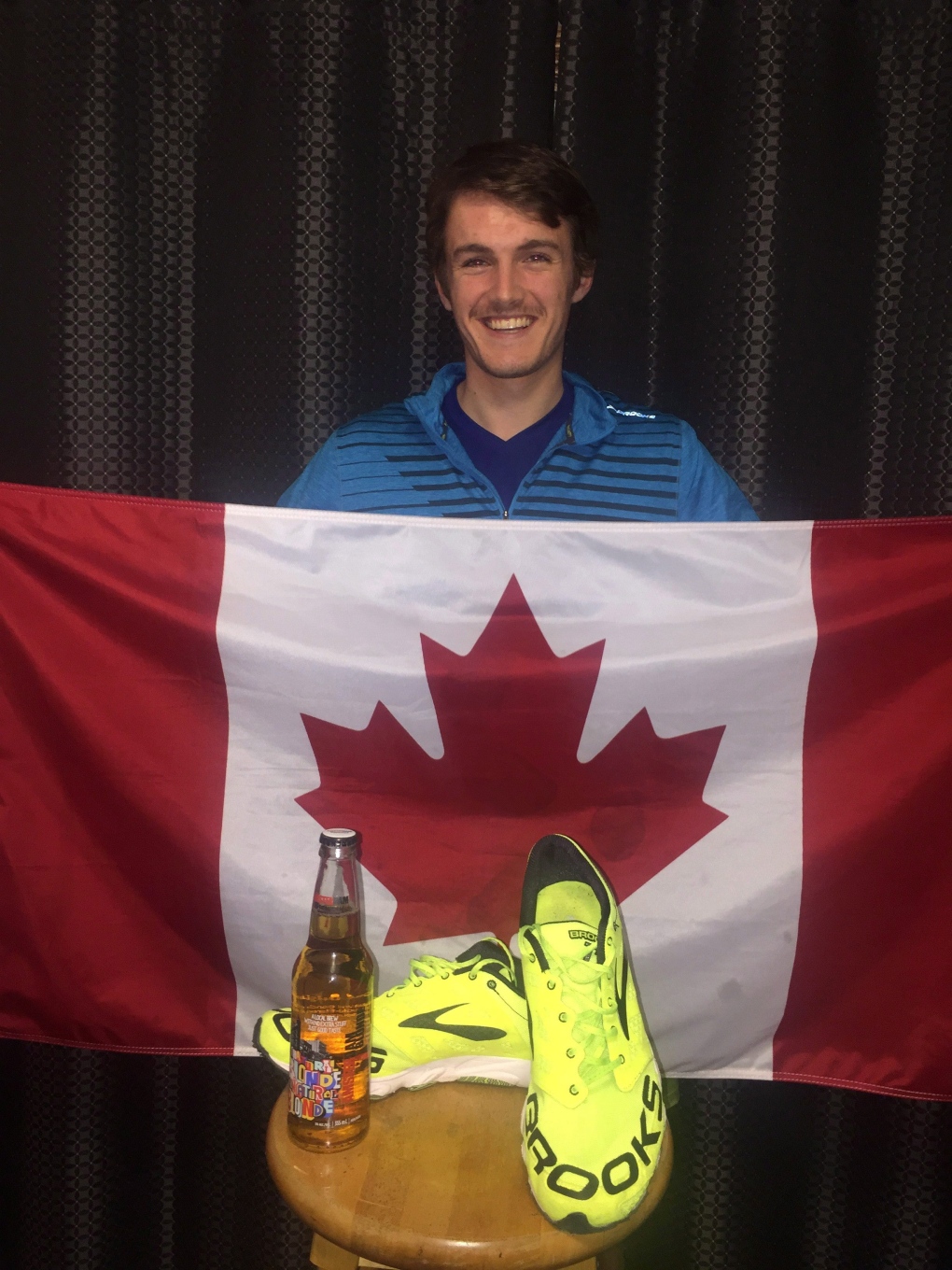 Celebrity news agency TMZ was among those curious to know about the young Canadian's unique talent of running and chugging beer -- virtually at the same time.

"It's been crazy . . . ESPN, TMZ, Sports Illustrated," said Kent, who stepped out of class to do the phone interview.

The 21-year-old from Mississauga, Ont., broke the world record Tuesday night in the beer mile -- a race that combines running and drinking beer. Runners chug a beer then run a lap, for each of the four laps of a mile.

Kent, who just completed his senior cross-country season with the University of Western Mustangs, ran four minutes 51.9 seconds, lowering the previous mark of 4:54.38 set by Winnipeg's Corey Gallagher in October. He then announced he'd gone pro, signing a shoe deal with Brooks.

Kent ran the race -- Amsterdam Beer was his beer of choice -- at a London, Ont., high school.

Kent and Gallagher have been swapping the world record for the past few months. Kent lowered it in August before his Winnipeg rival etched his name on it in October.

It's fitting, said Kent, that Canadians have dominated the race, on both the men's and women's side, since it was invented in the late 1970s by a group of runners at Queen's University.

"I feel a great sense of pride that Canadians invented the beer mile," Kent said. "Only we could come up with something so different, yet so amazing."

Kent, whose fastest mile -- sans beer -- is 4:15, first ran the race with a group of fellow track athletes as a way to celebrate the end of the season. He clocked about six minutes in his first one.

It wasn't the running that slowed him down, but the chugging. He figured he could easily shave time off the 90 seconds it had taken him to drink four beers.

In the weeks before running a beer mile, he'll consume between three and five during interval training. While he's in cross-country or track season, however, he trains by chugging non-alcoholic beer, periodically through the day.

"One roommate who's not a runner, but he's kind of my designated beer mile coach, I have a case of non-alcoholic beer sitting in the corner, and he'll say 'All right, let's fire two up right now,"' Kent said. "And that's kind of helped me practise, dealing with the stomach expansion and learning the technique."

Kent and Gallagher will race head-to-head at the FloTrack Beer Mile World Championships on Dec. 1 in downtown Austin, Texas.