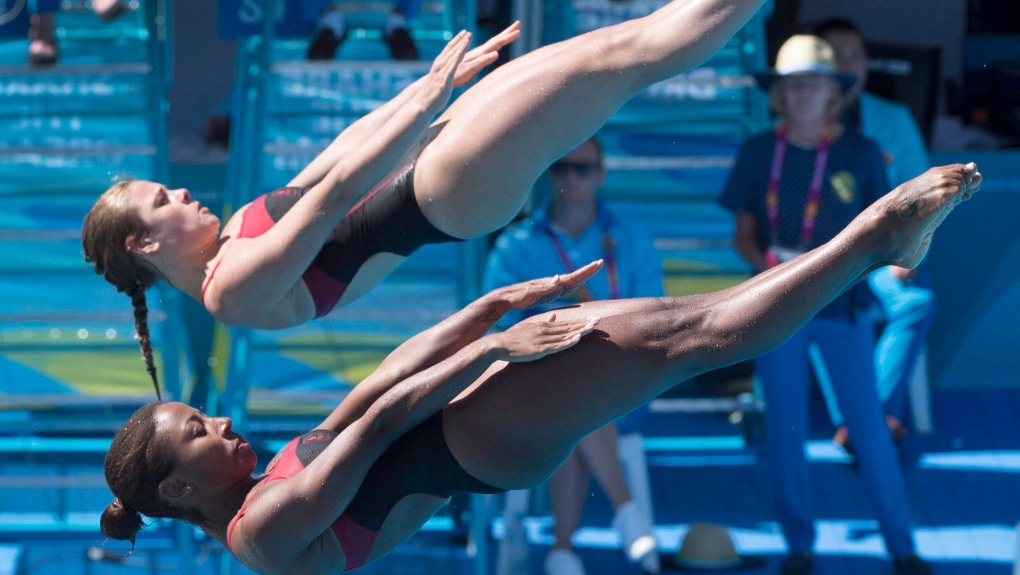 "I'm really happy about today's performance, we showed the character of our team," said the 26 year-old Abel of Laval, Que.

Abel and Citrini-Beaulieu are in their second season together as teammates. Sunday's medal matches the silver they won at the 2017 FINA World Championships.

"Tonight I was beside Jen and I was confident and I knew that we could do something really good," said Citrini-Beaulieu, a 22-year-old from St. Constant, Que. "We just followed what we usually do and I think we're pretty natural together, and I really trust her."

Australia's Esther Qin and Anabelle Smith were third with 290.10 points.

"I had a little bit of a hard time in the final," said the 21 year-old Riendeau, "I'm definitely happy about being in the final, my first final at the World Cup, so I'm glad about that. But I wish that things that I was working on would have been a little more on point during the finals.

"I missed quite a few of my dives so definitely not too happy about the final result but I'll definitely learn from it."