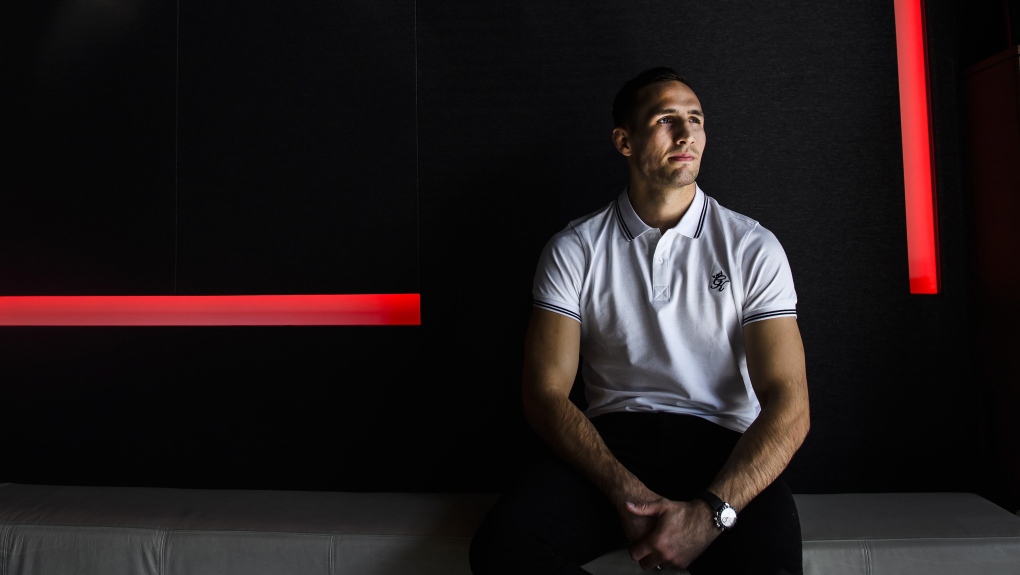 Canadian welterweight Rory (Red King) MacDonald, who fought for the UFC title and won the Bellator championship, has called an end to his mixed martial arts career.

The 33-year-old from Kelowna, B.C., who now makes his home in Montreal, made the announcement via social media in the wake of his upset first-round loss Saturday to Dilano (The Postman) Taylor, a late replacement opponent, in the Professional Fighters League semifinal in Cardiff, Wales.

"My time has come to put the gloves down for good," MacDonald wrote. "I'm so thankful for this sport and every person I've been able to meet along the way."

Taylor was a third-choice alternate, who stepped in Thursday after MacDonald's original opponent, unbeaten Russian Magomed Umalatov, was unable to get into Britain due to visa issues.

The loss to Taylor, MacDonald's fourth in his last five fights, dropped his record to 23-10-1. And it prompted the father of two to retire.

MacDonald was one of a new breed of mixed martial artist, an athlete who started with the sport rather than transition to it from wrestling or boxing. He honed his skills under David Lea at Toshido MMA in Kelowna and continued to spend time with him even after moving to Montreal and making Tristar his main gym.

He was seen as the eventual successor to former UFC welterweight and middleweight champion Georges St-Pierre, with whom he trained in Montreal.

"I started this sport as a 14 year-old kid," MacDonald wrote. "I still remember my first day and knowing this is what I wanna spend my life doing. The passion for martial arts and becoming a pro MMA fighter gave me hope and a way to a better life. And I'm so thankful to God for putting that gym Toshido MMA in Kelowna in my path.

"It truly changed the direction of my life and saved me."

"New beginning for you and the best in your life is still to come," said St-Pierre, who quit the sport in February 2019.

"One of the best ever," wrote Patrick (The Predator) Cote, another retired Quebec UFC fighter.

MacDonald fought veteran (Ruthless) Robbie Lawler for the title at UFC 189 in July 2015 in a rematch of their UFC 167 bout in November 2013 when the Canadian lost a split decision.

Lawler stopped MacDonald early in the fifth round of a brutal, bloody title bout.

Both fighters took enormous punishment with Lawler barely surviving the third round. MacDonald's nose was badly damaged during the fight, which Lawler finally ended with a big left hand directly into the face of MacDonald who fell to the canvas in agony.

MacDonald was hoping to become the third Canadian UFC champion, joining St-Pierre and Carlos Newton, who held the same welterweight belt for six months in 2001.

MacDonald fought one more time in the UFC, losing to Stephen (Wonderboy) Thompson before moving over to Bellator where he defeated Douglas (The Phenom) Lima at Bellator 192 in January 2018 to be crowned welterweight champion.

He took on middleweight champion Gegard (The Dreamcatcher) Mousasi later that year in a bid to add the 185-pound title but was stopped in the second round. Three fights later, he lost the welterweight title in a rematch with Lima in the final of the Bellator Welterweight World Grand Prix in October 2019.

MacDonald signed with the Professional Fighters League but had to wait until April 2021 to make his debut due to the pandemic. He went 2-4-0 in the PFL, whose schedule consists of a regular season and playoffs, losing in the semifinals in 2021 and 2022.

MacDonald, a born-again Christian, had to resolve faith and fighting as his career continued. After earning a majority draw with veteran Jon Fitch in April 2019, he wondered in his post-fight interview if he still had "that same drive to hurt people anymore."

He later found his answer,

"Instead of a legacy as a fighter, I want to leave a mark in the sport about the good news of Jesus Christ," said MacDonald. 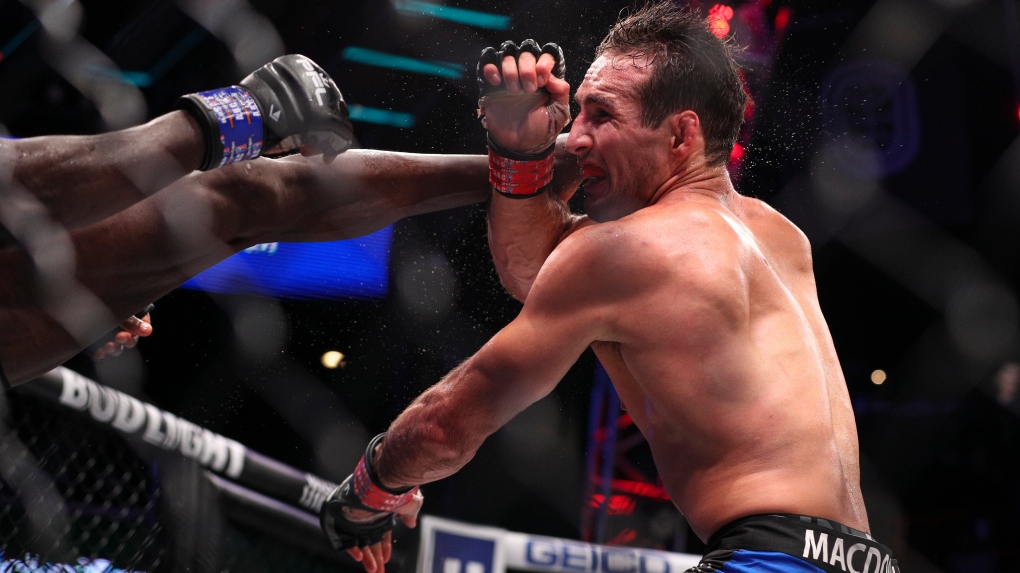 Born in Quesnel, MacDonald was 14 when he started training with Lea. He had his first pro fight at 16, with his parents having to give their approval to do so. Even then, only a few athletic commissions would sanction the youngster.

Thanks to a growth spurt, MacDonald moved up to welterweight and continued to fight at 170 pounds,

MacDonald was just 20 when he joined the UFC, having won all nine of his pro fights, and submitted veteran Michael (The Joker) Guymon in his UFC debut in January 2010. He suffered the first loss of his career next time out, when Carlos (The Natural Born Killer) Condit rallied to stop the young Canadian with seven seconds remaining in their UFC 115 bout in Vancouver in June 2010.

Upset at his performance, MacDonald moved to Montreal where he could train with St-Pierre and other pros at Tristar Gym. He won his next five fights, dispatching Nate Diaz and B.J. Penn along the way, as he worked toward his UFC title shot.

MacDonald was a black belt in jiu-jitsu at 23 and had a lot of weapons in his arsenal. But in a sport where fights are often built up by trash-talk and bad blood, he was more robotic than controversial.

MacDonald approached his craft with steely resolve, showing little emotion in the cage.

"I've learned so much about myself through this career, not all of it good and I've made so many mistakes along the way, but here I am 33 years old, a better man because of those mistakes, to which I'm very grateful," he wrote in his retirement post.

"I wanna thank all of my fans that have been so supportive," he added. "I never got into the sport for fame or any acknowledgment and it's been hard adjusting to attention like that but I am truly thankful for your kindness you've shown me."