Canadian Milos Raonic advances to third round at Australian Open 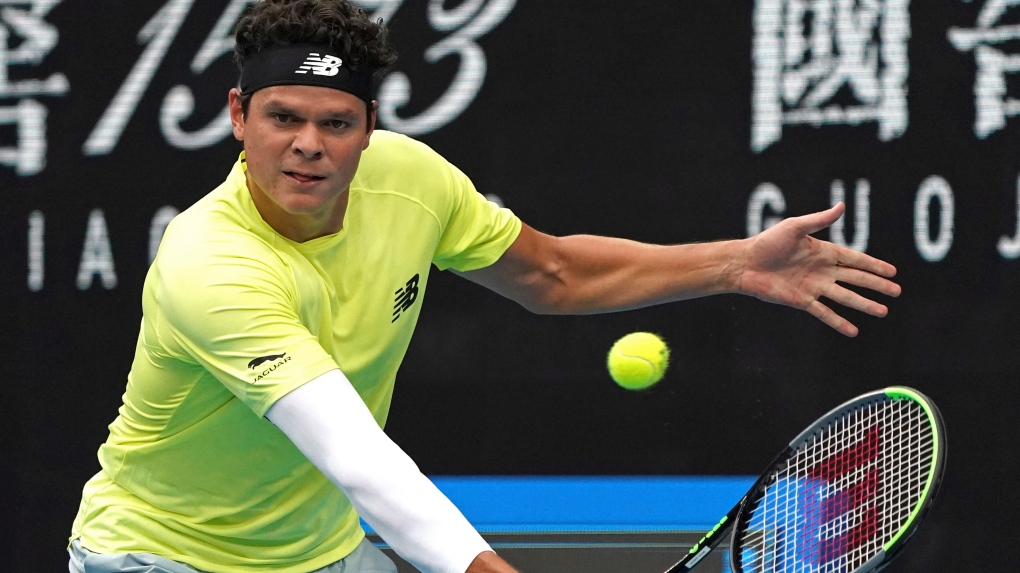 MELBOURNE, AUSTRALIA -- Milos Raonic is heading to the third round at the Australian Open, keeping Canada's hopes alive in singles at the season's first Grand Slam.

The 29-year-old Canadian served up 19 aces on his way to victory.

Raonic will face No. 6 seed Stefanos Tsitsipas in the third round. Tsitsipas got a walkover into the third round at Melbourne Park when Philipp Kohlschreiber pulled out of their scheduled match because a muscle strain.

Raonic was the only Canadian to survive the opening round.

No. 13 seed Denis Shapovalov of Richmond Hill, Ont., No. 20 Felix Auger-Aliassime of Montreal and Vasek Pospisil of Vancouver all lost on the men's side, while qualifier Leylah Annie Fernandez of Laval, Que., dropped a first-round women's match.

Raonic breezed through the first round, crushing Italian lucky loser Lorenzo Giustino in straight sets in a match held over two days. Rain postponed play Monday with Raonic one game away from winning his first match since October.

The second-round match pitted Raonic, ranked 35th in the world, against the player directly below him in the rankings.

Garin, 23, has yet to make it to the third round of a Grand Slam in his career.

Raonic has been plagued by injuries in recent years, missing large portions of the second half of last season with a back issue.