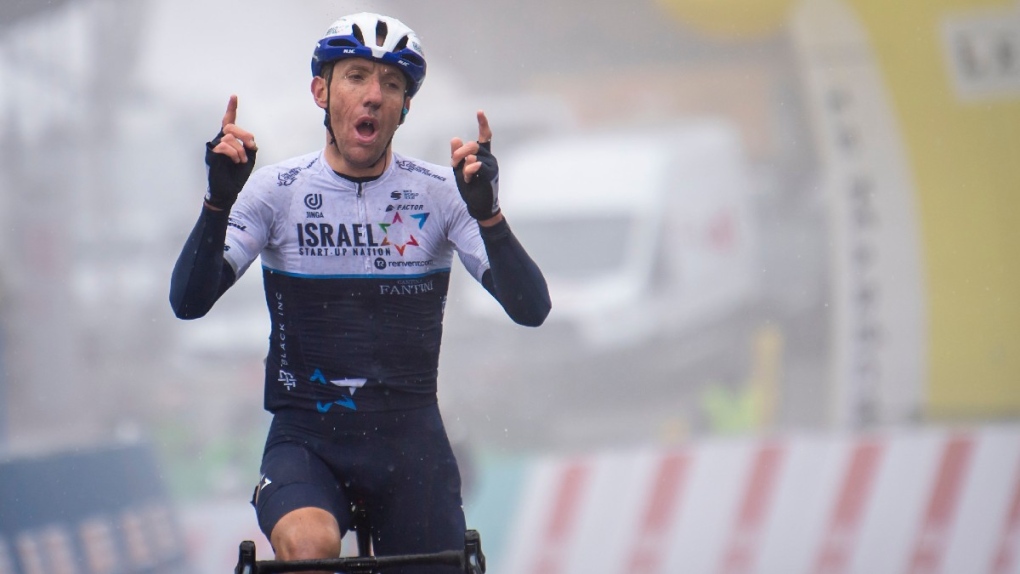 "His success in the (Ardennes) Classics, the Tour de Romandie and the Tour de Suisse gave him -- and us -- the confidence that he can play the role in the greatest cycling race of all, the Tour," team sports director Rik Verbrugghe said in a statement Monday.

"I expect him to fight for stage wins and be there in the GC (general classification) hunt as he did in the Tour de Suisse. The team's primary focus will be to protect Woodsy and provide all the support he will need."

The Israel Start-Up Nation team is also home to British star Chris Froome, a four-time Tour winner who is looking to regain his top form in the wake of a horrific June 2019 crash while preparing for the Criterium du Dauphine.

Woods is the first rider named to the Israel Start-Up Nation lineup for the Tour, which runs June 26 to July 18. He will then switch his focus to the Olympic men's road race, which is slated for July 24.

"I am honoured to be given this position, especially considering the quality of the team we have," Woods said of the Tour.

"My main goals and priorities are clear -- stage wins first and try to go high on the general classification. We want to do well on the GC, no doubt, most important thing for me is the stage wins. That's the main focus," he added.

The 34-year-old from Ottawa finished fifth in the Tour de Suisse after a runner-up performance in Sunday's final stage. Woods won the race's mountain classification. Previously this year, he placed fourth at Fleche Wallonne and fifth at the Tour de Romandie and Liege-Bastogne-Liege.

Despite breaking two ribs in a crash, Woods finished 32nd in 2019 in his debut at the Tour de France. He did not race in the 2020 edition.

Woods, who now makes his home in Andorra with his wife and daughter, left the EF Pro Cycling team at the end of 2020 to join Israel Start-Up Nation, which is co-owned by Canadian-Israeli entrepreneur Sylvan Adams.

A former elite middle-distance runner, Woods came to cycling late after a series of foot injuries ended his running career in 2011.

Woods' cycling resume also includes a victory in the 2019 Milano-Torino one-day race, stage wins at the 2018 and 2020 Spanish Vuelta, a bronze medal in the road race at the 2018 world championships, a second-place finish at the 2018 Liege-Bastogne-Liege and third-place at the 2020 Fleche Wallonne.

Woods was 55th at the road race at the 2016 Rio Olympics. He crashed twice in the lead-up to the Games, breaking his hand in three places at Liege-Bastogne-Liege and suffering a partially displaced fracture of his left femur at the Tour of Poland.

Woods had surgery after the Spanish Vuelta last fall to remove screws from his right femur, broken in an earlier crash at the Paris-Nice race. He still has a pin the length of his femur.