Canadian Michael Woods healthy and confident ahead of Giro d'Italia 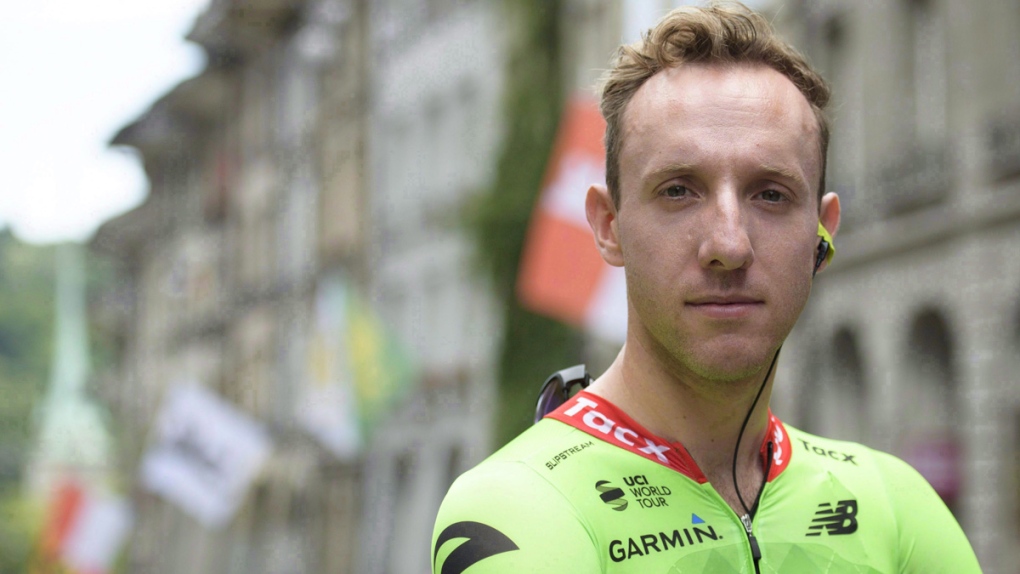 Canadian rider Michael Woods, felled by illness at the start of the season, says he is healthy and looking forward to testing himself at the Giro d'Italia.

"The way my season started, I was having some anxiety towards this race," he added. "Just because I wasn't going as well as I'd hoped to. I fell ill and just didn't have the legs I wanted to earlier in the season. When I was at the Ardenne Classics (in April), everything just started to click ... Now I'm here and feeling great."

The 31-year-old from Ottawa, riding for the EF Education First-Drapac team, became the first Canadian to finish on the podium at Liege-Bastogne-Liege when he sprinted to second place last month in the 258.5-kilometre race.

The race has not always been so kind to Woods. He crashed there in 2016, breaking his hand in three places and injuring his back.

"After that I wasn't confident on the bike and had a lot of crashes afterwards and I ended up breaking my femur right before the Olympic Games," he said. "It started off a real bad chain of events for me."

Amazingly Woods competed in the Rio road race, finishing 55th despite throwing up in mid-competition.

The 3,563-kilometre Giro starts Friday with a 9.7-kilometre individual time trial in Jerusalem,

The first three stages of the race are in Israel, marking the first time a Grand Tour race will kick off outside of Europe.

"Definitely a really interesting experience for me," Woods said from Jerusalem. "I've never been to Israel.

"This is a job for sure for me. I do this professionally. But one thing I try not to lose sight of is the fact that I get to go to really interesting places in the world and do, effectively, adventures. A Grand Tour is an adventure. It's like going to camp with your buddies for three weeks and just having this crazy adventure.

"Having this race start in Israel makes it that much more interesting, that much more exciting. It's a unique place to start and I think it's really good for the sport to just branch out and not be so Eurocentric."

After Israel, the riders travel to Sicily for three stages before reaching mainland Italy for Stage 7 on the second weekend of racing. The Giro wraps up May 27 in Rome.

Woods likes the course, having checked out several of the stages in person immediately after Liege-Bastogne-Liege. That included Stage 14 which finishes at Monte Zoncolan -- 10 gut-busting kilometres with an average 12 per cent gradient, with peaks topping out at 22 per cent. It's widely considered the hardest climb in Europe.

"I can attest to that. It's ridiculously challenging. Super-steep," said Woods, a gritty climber in his own right. "I think the way that stage plays out, the way the course in general plays out, I'm excited about it. There are a lot of opportunities for me as a punchy rider that really enjoys steep climbs."

Woods is targeting stage wins more than the general classification, however.

"The time trial is a real Achilles heel for me," he said. "Because of that. I can't put crazy expectations for myself on the general classification."

Another reasons is that his early-season bout of rotavirus -- he points the finger at a buffet in Dubai at the Tour of Abu Dhabi in February -- prevented the altitude training he wanted.

The rotavirus, associated with baby fecal matter, took its toll.

"I haven't been that sick maybe ever," said Woods, who ended up having to go to hospital.

He lost weight, which affected everything on the bike from his power to his ability to stay warm on cold race days. "I just wasn't the same rider for quite a few weeks."

The other Canadians competing are 28-year-old Guillaume Boivin of Montreal, riding for the Israel Cycling Academy team, and 40-year-old Svein Tuft of Langley, B.C., riding for Mitchelton-Scott.

It's the first Giro for Boivin, whose Israel Cycling Academy team is co-owned by Canadian Sylvan Adams, and the seventh and possibly last for Tuft.

A support rider, Tuft's best overall result was 125th in 2010 although he briefly wore the leaders' pink jersey in 2014 after leading his Orica Green-Edge to victory in the team time trial in Belfast.

Woods, who now makes his home in Spain, was 38th in last year's Giro and seventh in the Spanish Vuelta.

A former elite distance runner, Woods switched to cycling due to a recurrent stress fracture in his foot. His last attempt at a track comeback ended with another break in 2011