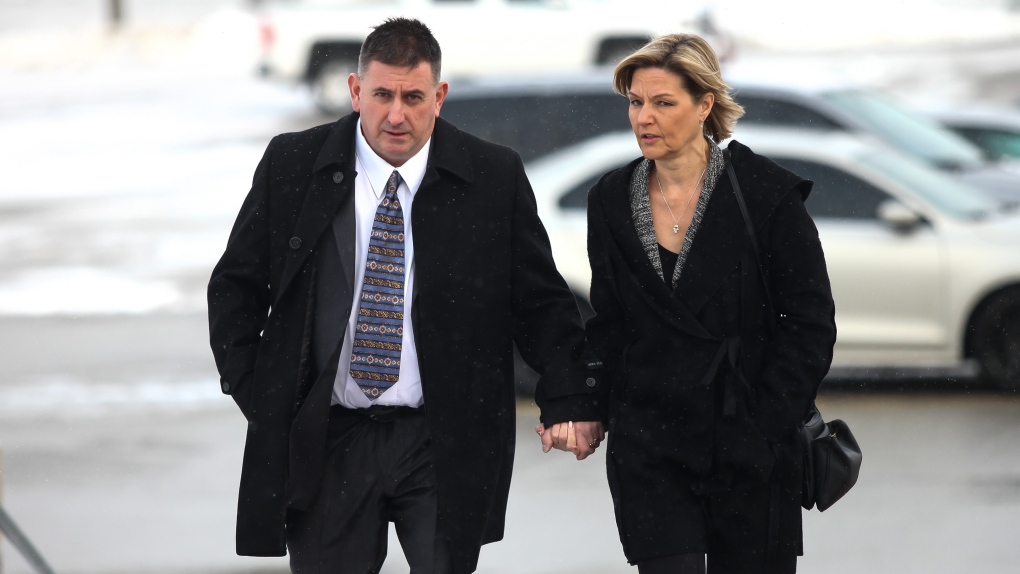 Pearson Spadafora said she was "physically, verbally, psychologically and sexually abused" for years and that the sport failed to protect her and others from the Brubakers.

A lawyer for the Brubakers said he was unaware of the allegations and declined to comment further when contacted by Reuters.

Pearson Spadafora, 38, said that Dave Brubaker had touched her inappropriately multiple times and climbed into bed and pressed himself against her when she was 17. She said that incident and many like it had resulted in a lifetime of trauma.

"The abuse I experienced as a child and young adult, and the Gymnastics Canada complaint process, have had a major impact on my life in a negative way," she said in an open letter released by Global Athlete.

"I suffer from PTSD symptoms which include anxiety, panic attacks and constant nightmares. .. the damaging effects are something I will live with for the rest of my life!"

Dave Brubaker, who coached the Canadian team at the 2016 Rio Olympics, was suspended by Gymnastics Canada in 2017 after he was arrested and charged with multiple counts of sexual crimes.

He was acquitted in 2019 of the charges levelled by a former student relating to alleged incidents between 2000 and 2007, when the complainant was between the ages of 12 and 20.

The national governing body then handed him a lifetime ban following an internal investigation.

Elizabeth Brubaker was also suspended in 2019 while she was an elite coach at the Bluewater Gymnastics Club in Sarnia, Ontario. Her suspension was extended until 2024.

Earlier this month, a lawsuit was filed by a group of former gymnasts alleged that Gymnastics Canada and six affiliated provincial organizations turned a blind eye to an abusive culture. [ ]

Athletes were subjected to threats and humiliation, and inappropriate touching from coaches while being forced to train while injured, the lawsuit claimed.

In March, a group of more than 70 current and former Canadian gymnasts called for an independent investigation into what they described as a "toxic culture and abusive practices" within their sport.

Gymnastics Canada has said it takes those claims "seriously." The sport's governing body did not immediately respond to a request for comment on Pearson Spadafora's allegations.

"Today, I refuse to be silenced," said Pearson Spadafora while calling for an independent, third-party investigation.

"I stand with every survivor and I want them to know, I believe you!

"It's time for the Government of Canada to act.

"Over 480 athletes have come forward, but still the government has done nothing," she added.

"Too many survivors continue to suffer because of their lack of action."