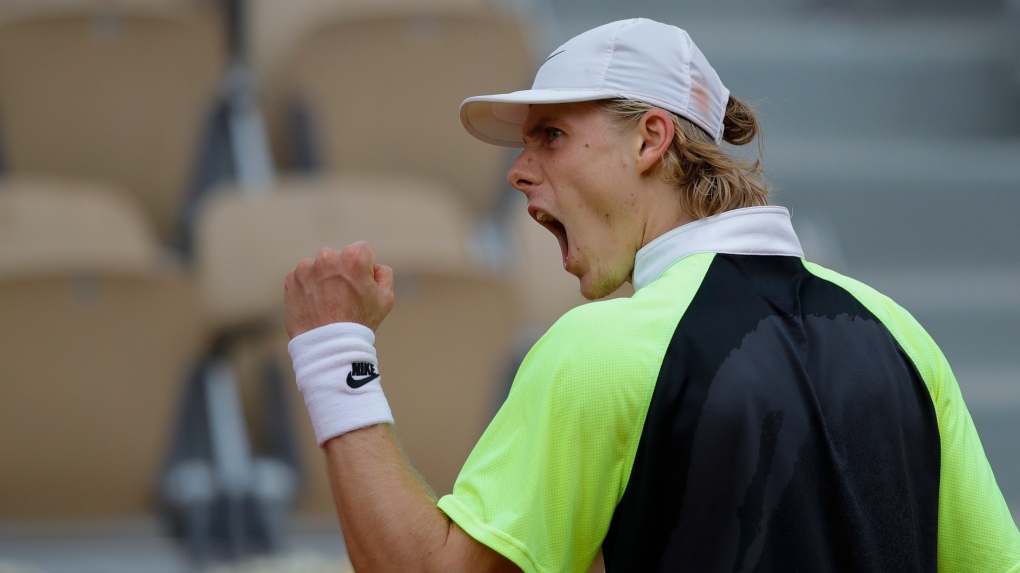 Canada's Denis Shapovalov clenches his fist after scoring a point against Spain's Roberto Carballes Baena in the second round match of the French Open tennis tournament at the Roland Garros stadium in Paris, France, Thursday, Oct. 1, 2020. (AP Photo/Christophe Ena)

COLOGNE, GERMANY -- Canada's Denis Shapovalov is out of the Cologne Championship after dropping his opening match.

The third-seeded Shapovalov, from Richmond Hill, Ont., lost 6-1, 4-6, 6-2 to France's Gilles Simon in a second-round match on Thursday at the ATP Tour 250 hard-court event.

Shapovalov, ranked 12th in the world, was coming off a run to the semifinals at a tournament in St. Petersburg, Russia last week.

Simon will next face Jannik Sinner after the Italian beat Pierre-Hugues Herbert 6-3, 6-1.

Montreal's Felix Auger-Aliassime will play Japan's Yoshihito Nishioka in the quarterfinals at the Cologne Championship on Friday.

Also Thursday, Diego Schwartzman returned to action after his run to the French Open semifinals by beating Oscar Otte 6-3, 6-2.

The ninth-ranked Schwartzman was playing his first match since breaking into the top following his loss to Rafael Nadal in the French Open semifinals. He will face Alejandro Davidovich Fokina in the quarterfinals.

This report by The Canadian Press was first published Oct. 22, 2020.