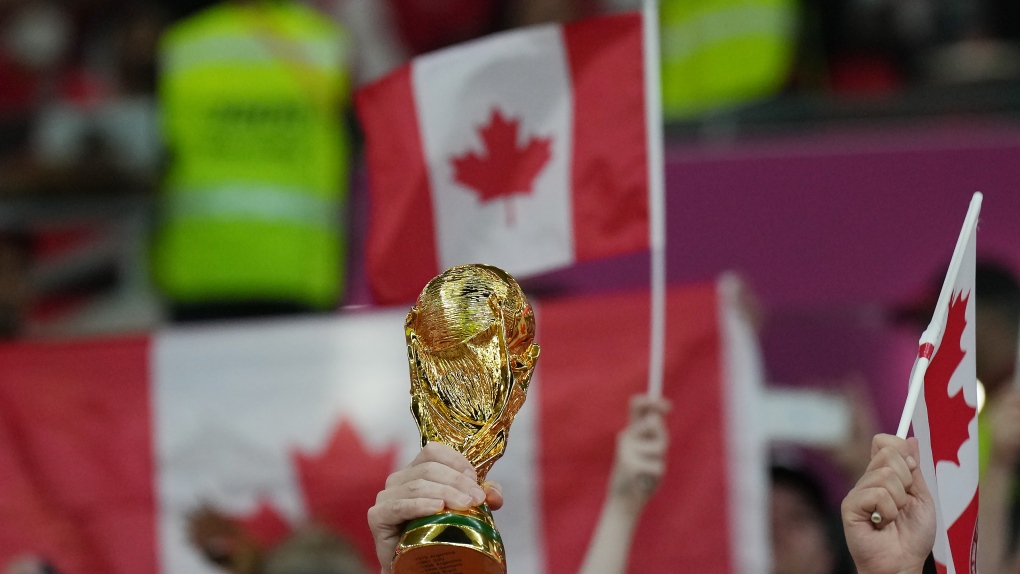 The Mounties are at the World Cup, thanks to Canadians Geoff, Graham and Stephen Rawlinson.

The trio, making their first brothers' trip in more than 10 years, range in age from 48 to 56. Geoff and Graham are from Toronto, while Stephen calls Edmonton home.

They got their tickets some six months ago via the FIFA portal lottery, with Graham in charge of the logistics. That included assembling facsimile Mountie costumes for the "once-in-a-lifetime trip."

In real life, the brothers are a banker, lawyer and in the oil and gas business.

"We actually put the (basic) trip together in about 10 days ΓÇª but it's been taking us four or five months to put everything else together," said Geoff.

Once they got match tickets, booking accommodations came next in the form of an apartment through the tournament organizers. Their Doha digs are costing close to $10,000 for two weeks, although the three came up with different cost estimates when asked.

"Is my wife going to read this?" one of the brothers asked with a laugh.

They splurged on a direct flight, paying some $3,100 each, and are taking in nine games over 13 days.

They say they have several other Canadian-themed costumes, including Toronto Maple Leaf gear.

While the advance logistics were somewhat complicated, the brothers report things have been "seamless" since their arrival in Qatar.

And the fun quotient is high. They are already thinking of the next brothers' trip.