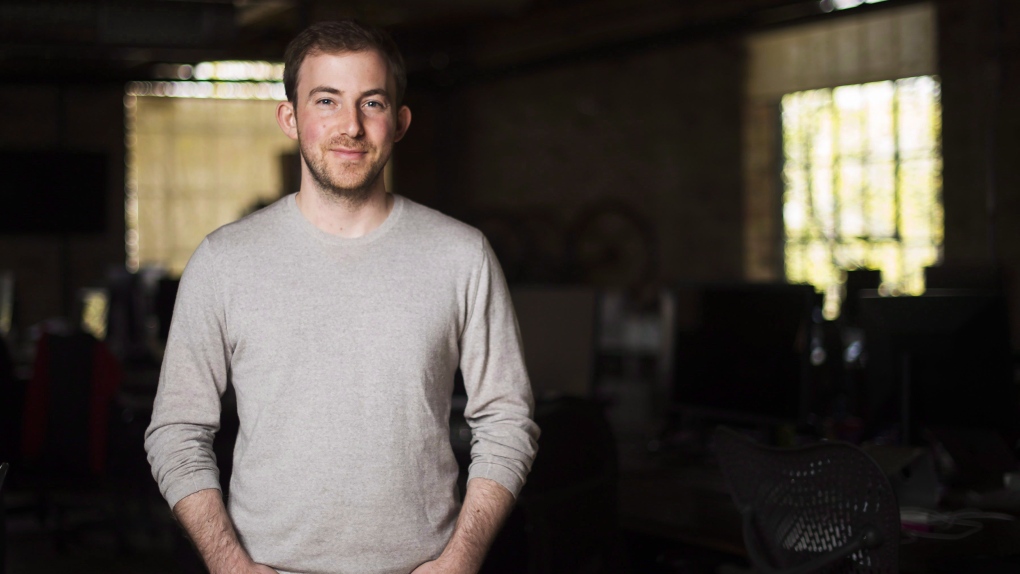 The self-described nerd-turned-founder of Wealthsimple Inc. is one of an estimated 450,000 Mikes in the country and the star of the "Half a Million Mikes" ad created for the Toronto-based online investment management service. He's also a sign of how Canada's marketing industry was shaken up by the conclusion of a years-long battle over the precious airtime during the annual football spectacle.

Bell Canada's broadcast on Sunday -- including Canadian commercials -- will be the only feed in the country following a Supreme Court judgment that overruled a previous decision allowing both Canadian and U.S. signals to air during the big game. And the return to a single, Canada-wide broadcast is transforming advertising strategies and creative department decisions at prominent North American brands.

Another Mike at Wealthsimple -- Mike Giepert, the company's executive creative director -- said the decision prompted his company to run its ad in Canada only.

"The Super Bowl is consistently one of the top live TV moments for Canadian audiences, so we're excited about the ability to share a Canadian story with millions of Canadians," due in part to the court ruling, he said in an email. "We don't think there's any reason that Canadian Super Bowl ads can't be on the same level of craft and entertainment as the mega-budget ads aired on the U.S. feed."

Wealthsimple has long considered Canadian Super Bowl ads "undervalued" and "one of the best deals around."

While the cost of an ad for the U.S. telecast is exponentially more expensive than one for the Canadian broadcast, the company said in a 2016 blog post, it also found that 51 per cent of Americans watched the Super Bowl, but 55 per cent watch it in Canada.

"Even if the numbers erode a little bit, the value is still on the side of the Canadian broadcast," the company added in another blog a year later. "Last year we calculated that you get 2.4 times as many viewers in Canada as you do in America for every dollar spent."

In 2016, the Canadian Radio-television and Telecommunications Commission decided that in the case of the Super Bowl, the usual practice of substituting U.S. ads when a Canadian broadcaster owns the rights went against the public interest.

Bell Canada's media division, which secured a licence from the NFL in 2013 to broadcast the game in Canada, said the regulator's decision cost the company viewers and millions of dollars in ad revenue and launched a court battle to return to the earlier rules. A Supreme Court decision in December did exactly that.

Perry MacDonald, the senior vice-president of sales at Bell Media, declined to share specific numbers about revenues, costs or whether there was ad space remaining for the game Sunday.

He did say, however, that "we've seen an amazing uptick in interest from the advertising community" since the court decision and revealed that the company is on track to return the "historical revenue levels" it had before the 2016 CRTC ruling.

Bell said SkipTheDishes will unveil an ad with Mad Men star Jon Hamm, Maple Leaf Foods Inc. is launching a new campaign and BMW Canada will use the game to advertise its new 2 Series Grand Coupe.

Uber Technologies Inc. will pair up with Budweiser Canada to revive the popular "Whassup" ad from 20 years ago, offering viewers a discount on their ride home through a promo code used in the spot.

In the last few years, audiences in both countries have been treated to ads featuring Budweiser's famed Clydesdale horses, but Labatt Breweries of Canada's vice-president of marketing, Todd Allen, said the decision to run something different meant his company really wanted to tailor its advertising to individual markets (Labatt and Budweiser are both owned by global brewing giant Anheuser-Busch InBev SA).

Canadians and Americans will both get to watch John Krasinski show off a self-parking car to fellow actors Chris Evans and Rachel Dratch because Hyundai Canada acquired the Canadian rights to the U.S. spot.

"There are small situations, where we use some of the American material, but the vast majority of time we have our own stuff. To bring in an American commercial this year is just because it worked for us, it's a great commercial and we wanted to take advantage of it," he said.

"There are certainly some companies that use American creative and just adjust it for Canada, but we are quite proud of the fact that we have our own creative in Canada."

This report by The Canadian Press was first published Jan. 31, 2020.