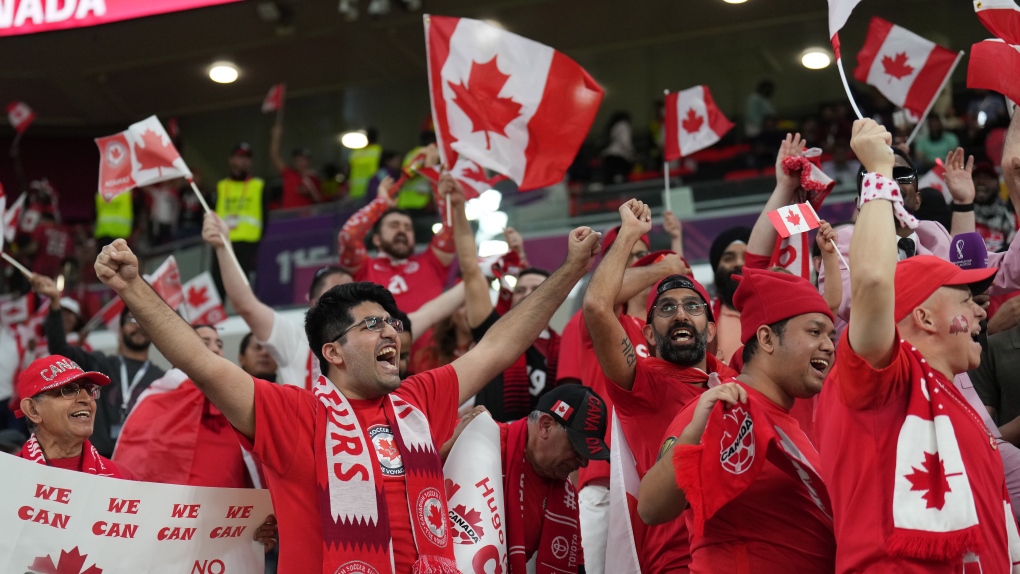 Canada fans cheer as the team arrives on the field to warm up ahead of Group F World Cup soccer action against Belgium at Ahmad bin Ali Stadium in Al Rayyan, Qatar, on Wednesday, Nov. 23, 2022. THE CANADIAN PRESS/Nathan Denette
TORONTO -

Viewing parties are planned across the country today as soccer fans gear up to watch Canada's World Cup match against Croatia -- a do-or-die game for the team in its first tournament appearance in 36 years.

The pressure is on as both the 41st-ranked Canadians and No. 12 Croatia need to get points out of the match to preserve any chance of moving on.

A loss for Canada would mean the Canadians can finish with no more than three points while Croatia ups its total to four, and no matter what happens in another Sunday game between No. 2 Belgium and No. 22 Morocco, one of those teams will have at least four points.

The Canadian men shone in their first game at the international soccer showcase last week, but failed to convert a slew of chances in a 1-0 loss to Belgium.

With only two teams advancing out of the group, a loss today would render Canada's final group game next Thursday with Morocco meaningless in terms of tournament progression.

Belgium tops Group F with three points, while Croatia and Morocco both have one point after their scoreless draw.

Croatia goes into Sunday's match riding a seven-game unbeaten streak dating back to a 3-0 loss to Austria in June UEFA Nations League play.