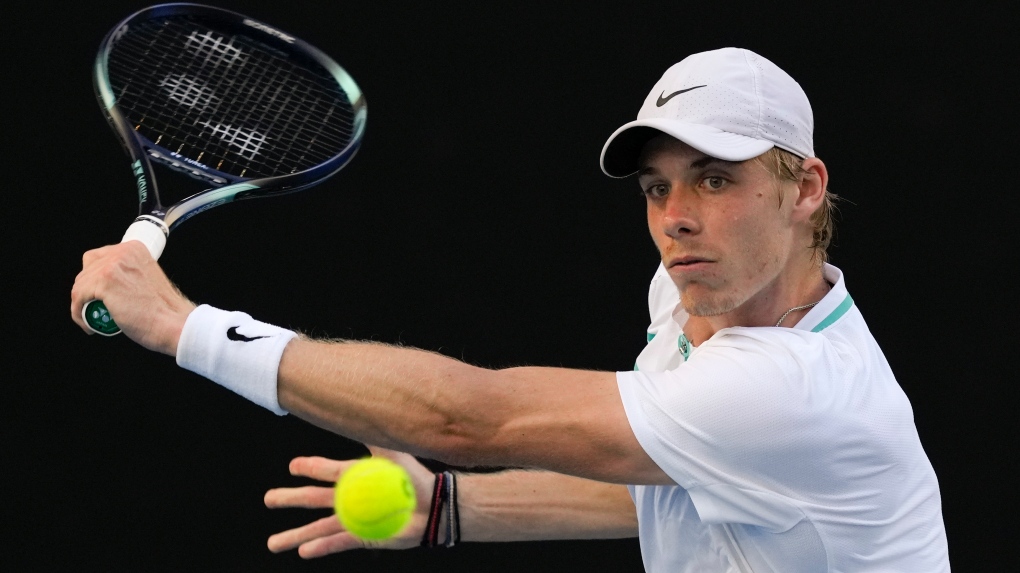 Denis Shapovalov of Canada plays a backhand return to Reilly Opelka of the U.S. during their third-round match at the Australian Open in Melbourne, Australia, on Jan. 21, 2022. (AP Photo/Simon Baker)
MELBOURNE, Australia -

Canada's Denis Shapovalov has a spot in the fourth round of the Australian Open for the first time in his career.

The Canadian has been pushed hard at Melbourne Park, averaging three hours 37 minutes of court time per win so far.

"Early on I actually found a rhythm on his serve," Shapovalov said. "I was able to chip quite a lot back, so I was happy with that. I think I did a really good of just taking the chances today.

"Obviously it's really tough to get the rhythm against a guy like that so I'm super happy."

It was the first career meeting between Shapovalov and the 23rd-seeded American. Zverev, meanwhile, has a 4-2 edge in head-to-head matchups against the Canadian.

"Hopefully I can win," Zverev said. "It's going to be a great match."

Shapovalov, from Richmond Hill, Ont., previously reached the third round at Melbourne Park in 2019 and 2021. The 22-year-old's best Grand Slam performance was a semifinal showing last year at Wimbledon.

"Radu is in great form right now... I'm happy to be through in three sets," Zverev said.