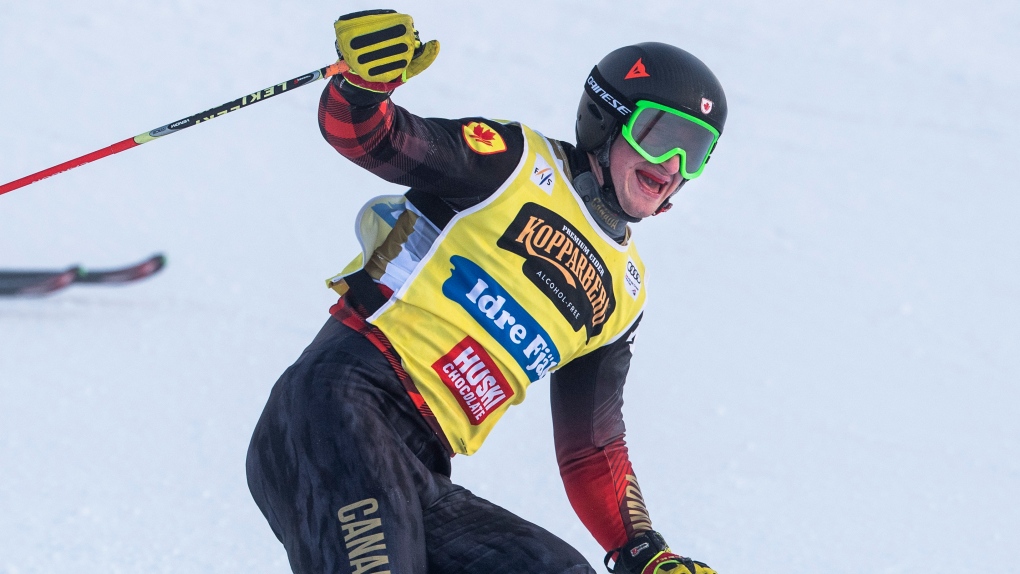 The Ottawa native topped teammate Brady Lehman of Calgary, who finished fourth after crashing in the final.

Lehman, the reigning Olympic gold medallist, is being evaluated by medical personnel to determine the extent of his injury.

Reece Howden of Cultus Lake, B.C., finished 19th but captured the overall men's title with two races to go in the season.

"I'm super happy," Howden said in a statement. "It's weird having a not-great day but getting some great news."

On the women's side, Marielle Thompson of Whistler, B.C., finished just off the podium in fourth place.

"My day was pretty good, I had some good skiing, managed to hold off some passes at the bottom," she said in a statement. "I was happy with my skiing in the big final despite my fourth place."

The Canadians will compete in the team event on Sunday.