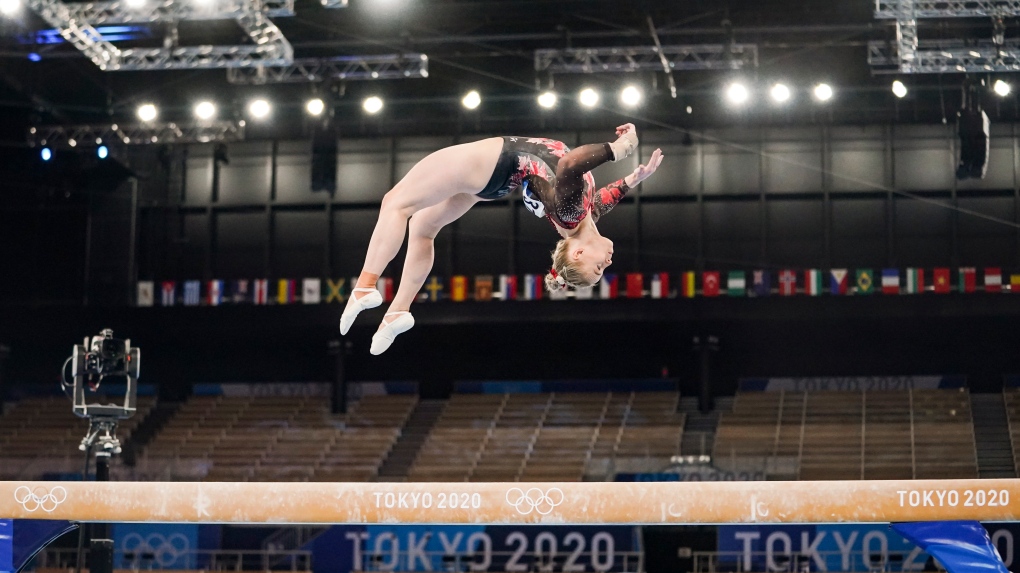 HALIBURTON, ONT. -- Canadian gymnast Ellie Black has withdrawn from the all-around competition at the Tokyo 2020 Olympics, due to an ankle injury.

The Canadian Olympic Committee (COC) said the three-time Olympian injured her ankle during training prior to the women's artistic gymnastics event scheduled for Thursday.

"We have the unfortunate news of sharing that Ellie sprained her ankle during Tuesday’s training session and has made the difficult decision to withdraw from the all-around event,” COC Chief sport officer Eric Myles said in a statement. "We are hoping that she is still able to compete in the beam final on August 3."

Black finished 24th with a score of 53.699 in the all-around qualifications event.

The Halifax native was sixth overall in the beam qualifying round with a score of 14.100, earning a spot in the main draw.

"Unfortunately at training yesterday I landed quite short on a beam dismount and re-injured the ankle I sprained right before coming to Tokyo," the 25-year-old said in a statement on social media.

Black said withdrawing from the event was "best decision for my health and well-being."

"I have the absolute top support team around me assisting my recovery and we are doing all we can to make it back out on the competition floor for beam finals," she said.

Thursday's event will also be missing defending U.S. champion Simone Biles after the 24-year-old pulled out to focus on her mental well-being.