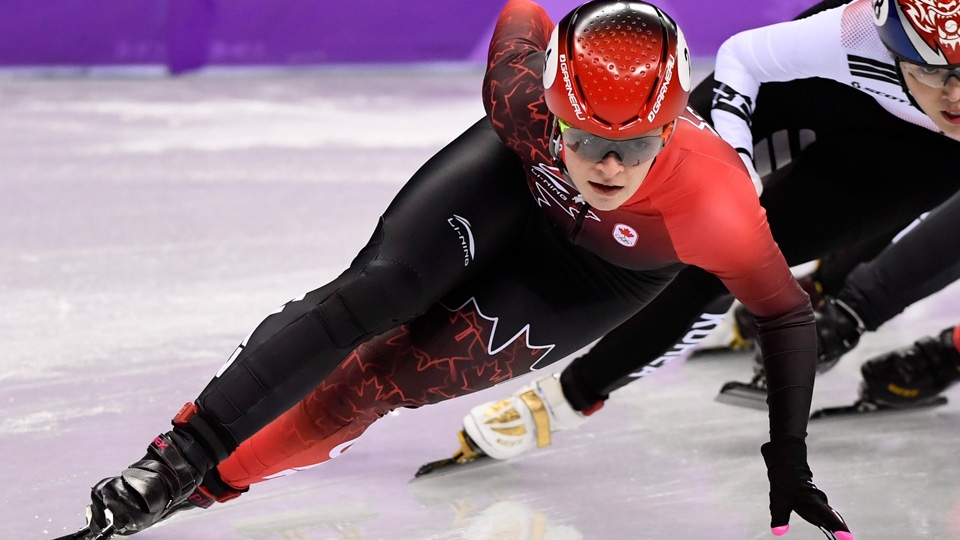 Boutin, from Sherbrooke, Que., raced to a medal in a time of in one minute 29.956 second an impressive five-skater field that included world record holder Shim Sukhee of South Korea.

Marianne St-Gelais of Saint-Felicien, Que., was eliminated in the quarterfinals, ending her bid to pick up an Olympic medal for a third straight Games.

Valerie Maltais of Saguenay, Que., was eliminated in the semifinals.

Canadian Olympic Medalists - Where are they from?