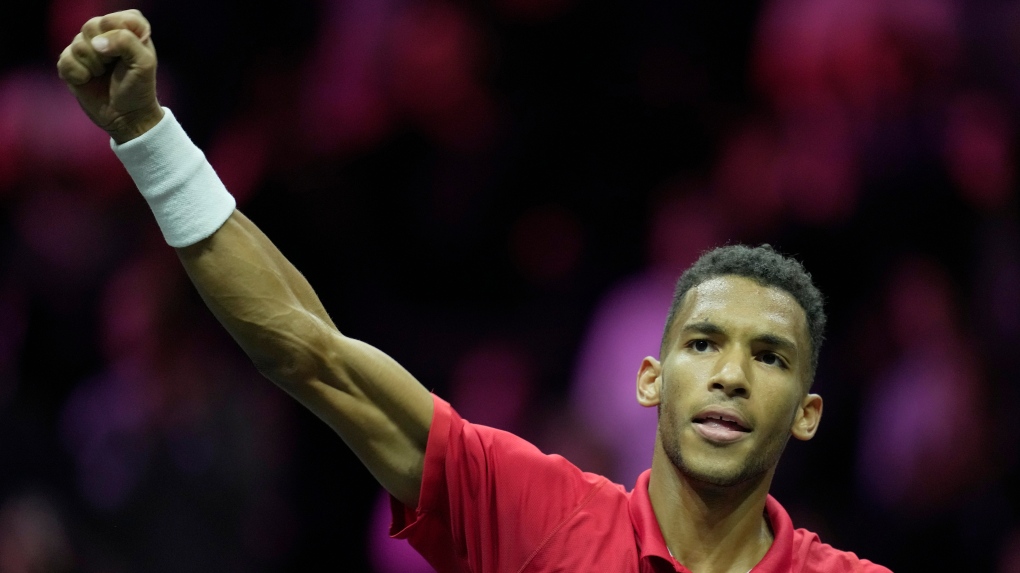 Canada's Felix Auger-Aliassime added a singles victory over Novak Djokovic to an earlier win in doubles Sunday, allowing Team World to take a 10-8 lead over Team Europe with two matches remaining in the Laver Cup.

That followed the three-day event's last doubles contest, in which Auger-Aliassime and American Jack Sock came back to beat Andy Murray and Matteo Berrettini 2-6, 6-3, 10-8.

Murray, who owns three Grand Slam titles, was treated by a trainer after cutting his right leg during the loss.

"It was a bit weird in the first game (against Djokovic), but then after, I felt very good, very loose," said Auger-Aliassime, whose best run at a major tournament came at the U.S. Open last year, when he reached the semifinals. "Getting that (doubles) win got me really confident going into the singles."

Victories were worth three points apiece Sunday; the first team to 13 wins.

That meant Frances Tiafoe, a 24-year-old from Maryland who reached the U.S. Open semifinals this month, could clinch it for Team World by beating 2021 French Open runner-up Stefanos Tsitsipas in the next-to-last match.

Team Europe came into the week at the O2 Arena having won all four previous editions of the Laver Cup, which was founded by Roger Federer's management company.

This one served as a celebration of the 41-year-old Swiss star's career. His final match before retirement came Friday night, when he and Rafael Nadal lost in doubles to Tiafoe and Sock.

Djokovic won matches in both singles and doubles on Saturday in his first action since claiming the title at Wimbledon in July.

He helped Team Europe head into Sunday with an 8-4 lead.