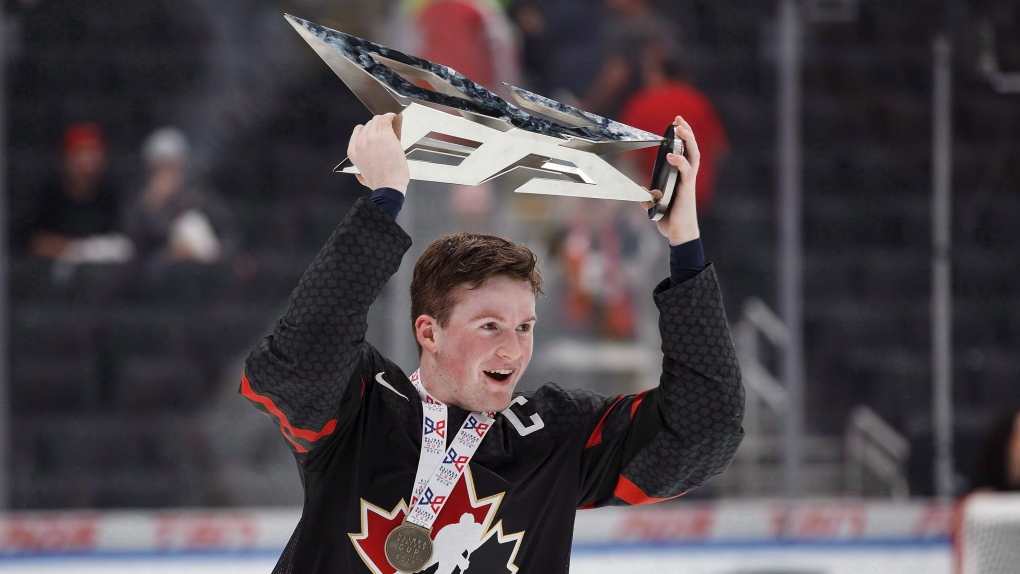 OAKVILLE, ONT. -- Alexis Lafreniere had no reason to hit the ice this week.

The presumptive No. 1 pick at the 2020 NHL draft, his name has been written in ink on Canada's world junior roster for some time.

That didn't make sitting out with a nagging ankle injury any easier.

"It got better over the last couple days," Lafreniere said Thursday during his first media availability. "We talked with (the doctor) and the staff. They don't want me to push too much.

"I'm excited to be back on the ice soon."

Lafreniere leads the Quebec Major Junior Hockey League with 70 points in just 32 games this season for the Rimouski Oceanic, including six goals and six assists in five December outings alone, despite the bothersome ankle.

The 18-year-old winger didn't take part in any practices or play in either of the exhibition contests against a team of university all-stars this week, but said he would have been good to go if the games mattered.

This year's world junior hockey championship runs Dec. 26 to Jan. 5 in the Czech Republic, with Canada's first test at the under-20 tournament set for Boxing Day against the United States.

The native of Saint-Eustache, Que., made last year's team at 17 years old as the 13th forward, working his way up the lineup before Canada was bounced in stunning fashion by Finland -- which would go on to win gold in Vancouver and Victoria -- in the quarterfinals.

"It was hard to lose," said Lafreniere, one of four returning players on the roster. "We'll use that experience for this year.

"I can take that to help me this year and try to have a bigger role."

"He's just got more confidence," McEwen said. "I've watched him a couple of times in his own setting and he commands the puck. He's such a confident player. He wants to be in that moment and make the play.

"I think that's just evolved as he's gone along."

Lafreniere also has some high-end draft company in the Canadian setup with hulking 17-year-old Quinton Byfield, who's projected to go No. 2 in June, also in the fold.

"He's a big guy and he can move," Lafreniere said of the six-foot-four, 215-pound centre for the OHL's Sudbury Wolves. "He's a really good player.

"We haven't talked about (the draft) too much, but it's fun to have him here."

Lafreniere added that he hopes sharing his takeaways from last year's event on home soil -- where he had one goal in five games -- will help some of the younger players along.

"Work as hard as they can," he said of his advice to first-timers. "Just enjoy it. It's a short-term tournament. It's going to go by fast."

After making cuts to the 31-man roster Thursday, Canada is scheduled to fly to Vienna this weekend to continue preparations before exhibition games Dec. 19 against Switzerland and Dec. 23 against the Finns.

Lafreniere, who has 23 goals and 47 assists in the QMJHL this season, skated on a line with centre Joe Veleno at Canada's summer camp, and that duo will likely be asked to do a lot of heavy lifting in the Czech Republic.

He added the message to teammates experiencing the world juniors for the first time will be quick and to the point.

"No games off," Lafreniere said. "You've got to play every night like it's your last."