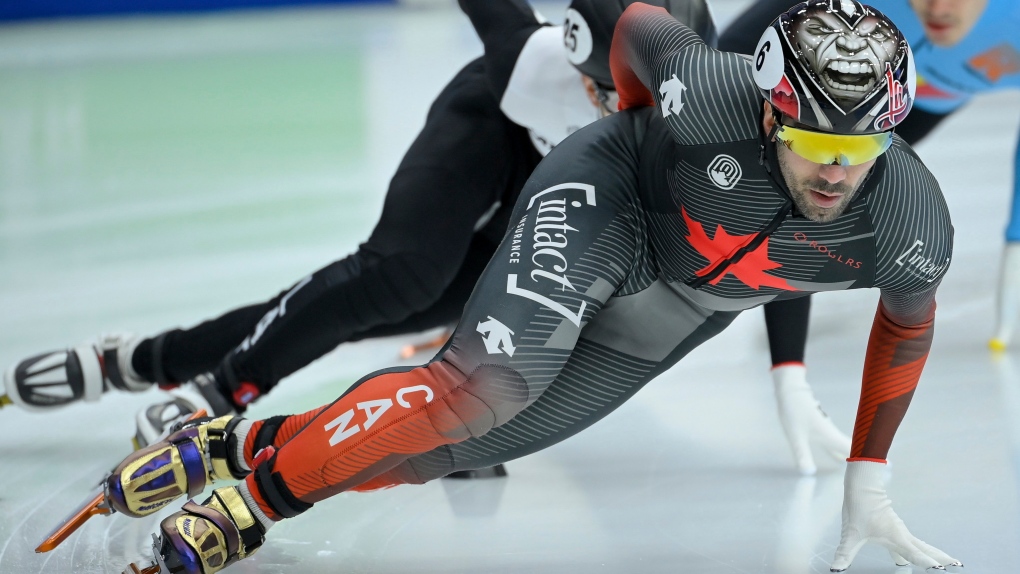 Five-time Olympic gold medallist Charles Hamelin is back to compete in his fifth and final Winter Olympic Games as part of a 215-athlete delegation Canada is sending to Beijing.

Hamelin, the decorated short-track speedskater from Sainte-Julie Que., is one of 45 Olympic medallists on the team looking for another trip to the podium.

The Canadian Olympic Committee announced its full team Friday. It's the third-largest Winter Games contingent the country has ever sent.

Of the 215 athletes heading to China to compete, there are 106 who identify as female, the most ever in Canadian Winter Olympic history.

Canada is bringing a delegation of 246 members to the Games, including athletes, coaches and staff. On Friday, the COC announced that five members of the delegation were in COVID-19 protocols.

The COC didn't provide the names of those in protocols.

"Our success at Games will be measured by the health and safety of Team Canada and on the ability for athletes to step on the field of play and live out their dreams," said Eric Myles, the COC's chief sport officer, in a release. "We look forward to the incredible and inspiring stories that will come from these Olympic Games."

Sixteen-year-old snowboarder Brooke D'Hont will be the youngest athlete competing for Canada at the games and is among 117 who will be making their Olympic debut.

Curler Jennifer Jones, who won gold in 2014, is the oldest Canadian athlete at 47 years of age.

Ontario will be best represented on Team Canada with 60 athletes, with Quebec not far behind with 57.

Alberta will have 40 and British Columbia is sending 32.

No other province or territory will have double-digit athletes. Manitoba has nine, Saskatchewan has six, Nova Scotia has four, Newfoundland and Labrador have three, and New Brunswick, Prince Edward Island and Yukon each have one athlete.

Nunavut and the Northwest Territories do not have an Olympic representative and one athlete, figure skater Keegan Messing, was born outside of Canada (Alaska, United States).

The Games will run from Feb. 4-Feb. 20 and take place in three different sites, Beijing, Yanqing and Zhangjiakou.