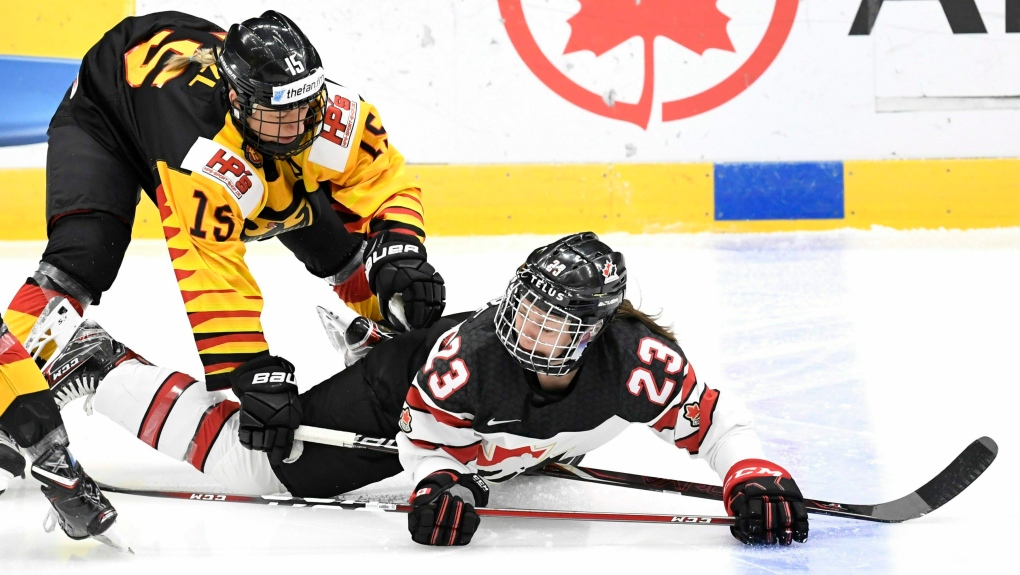 ESPOO, Finland - Canada advanced to the semifinal of the women's world hockey championship with a 5-0 win over Germany on Thursday.

Blayre Turnbull scored a pair of goals for Canada in a quarterfinal victory at Metro Areena.

The Canadians awaited the winner of a later quarterfinal between Finland and the Czech Republic to determine their semifinal opponent.

Defender Brigette Lacquette had a pair of assists in front of an announced crowd of 744.

Emerance Maschmeyer made nine saves for the shutout in her second start of the tournament.