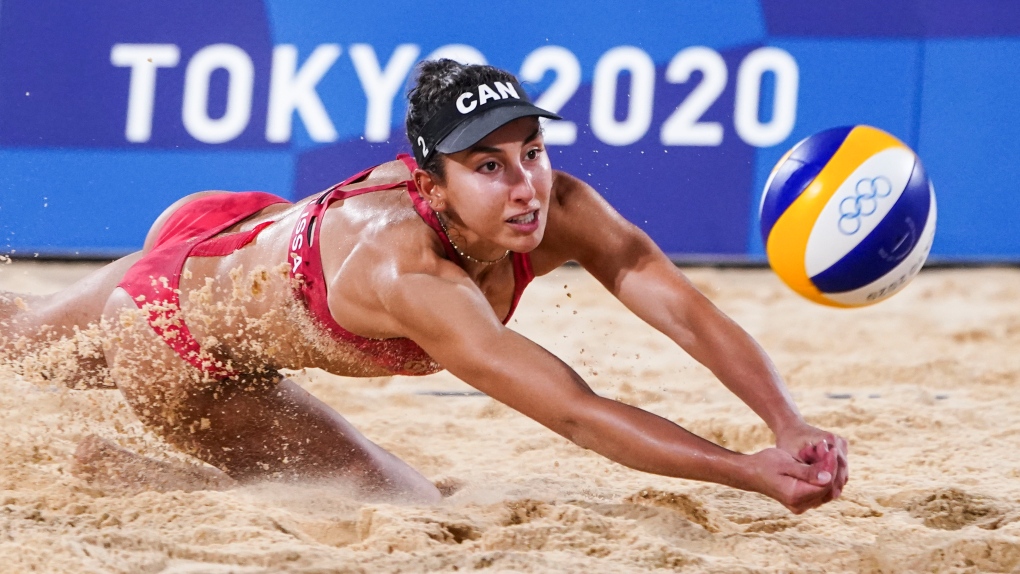 TOKYO -- Canada is heading home from the women's beach volleyball tournament at the Tokyo Olympics empty-handed.

Pavan and Humana-Paredes -- the sport's reining world champions -- hadn't trailed at all in the event, but dropped the opening set 21-15 against the Australians.

They battled back to take the second 21-19 before falling 15-12 in the third at a windy Shinokaze Park.

Canada had two shots at getting into the semifinals and would have been guaranteed a spot in the gold-medal game if both squads advanced.

Instead, the program will remain with a solitary bronze won by the men when beach volleyball was first introduced as an Olympic sport at the 1996 Games in Atlanta.

"We know we have what it takes, so to not have that manifest on the court is tough to deal with emotionally."

Bansley said playing in front of empty stands because of COVID-19 restrictions was a challenge.

"It was trying to find the balance of bringing our own energy and managing the empty stadium," said the 33-year-old from Waterdown, Ont. "We love playing in (front of) a crowd and love that energy, even if they're not cheering for you ...you still feel it. We missed that. We missed that a lot, the whole game, but it is what it is.

"The other teams were dealing with the same thing."

The Americans and Swiss will play in Thursday's semifinals at the venue overlooking Tokyo Bay, while the Latvians and Australians will go at it for the other spot in the gold-medal showdown.

Bansley and Pavan were partners earlier in their careers, but a four-year run ended after a loss at the same stage of the 2016 Games in Rio de Janeiro.

Pavan and Humana-Parades, who was Canada's alternate in Brazil five years ago, are ranked second in the world by the sport's governing body, while Bansley and Wilkerson are tied for 15th.