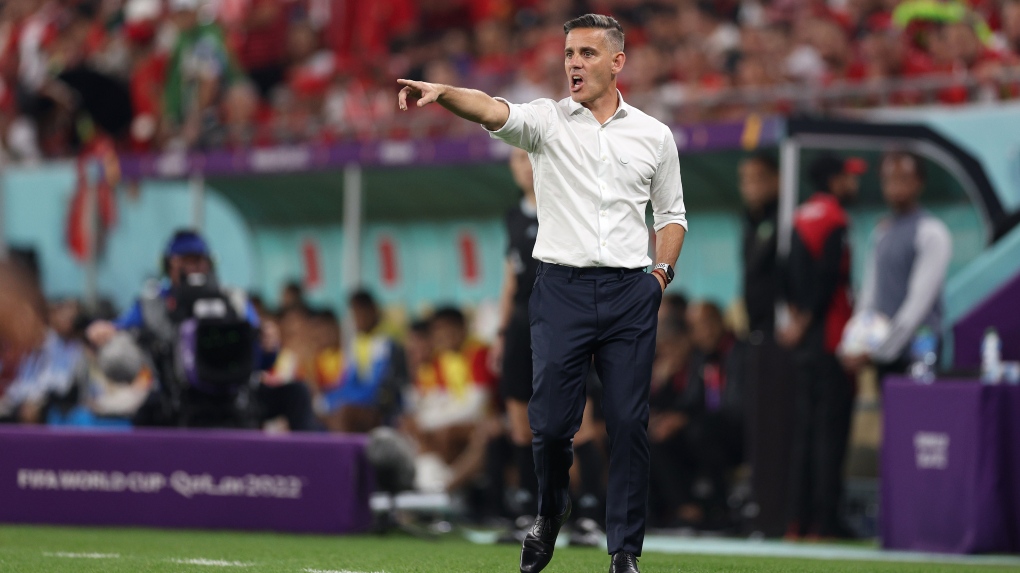 "Coming in (to Qatar) our players, many of them, were unheard of ... I think a lot of our players have built credibility," Herdman said after Canada exited the tournament following a 2-1 loss to Morocco. "As a collective group, they performed well together, but there were certainly some strong individual performances through the tournament."

Herdman started Johnston in all three games in Qatar and regularly talked him up. His Celtic transfer had been rumoured during the tournament.

Asked about other possible moves in the wake of the World Cup, Herdman praised winger Tajon Buchanan, citing "a real breakout tournament for that young man."

Buchanan, an elusive winger/wingback, has already made it to Europe in joining Belgium's Club Brugge in a reported US $7-million transfer from the New England Revolution after the 2021 MLS season. A bigger club likely beckons.

Herdman pointed to centre back Steven Vitoria, calling him "an absolute rock for Canada." The 35-year-old Vitoria, who plays in Portugal for GD Chaves, started all three games at the tournament albeit with a couple of missteps along the way.

The Canadian coach also singled out "stalwarts" like Jonathan Osorio and Junior Hoilett. The 30-year-old Osorio, out of contract with Toronto FC, has made no secret of his desire to move to Europe. Hoilett, 32, plays for Reading in England's second-tier Championship.

"I've got a feeling we've got a chance now of pushing more players to that Tier 1 level. And that's a critical step for Canada," Herdman told The Canadian Press. "We keep pushing players into those environments where they're getting Champions League, Europa League experiences."

Citing the "credibility we've built now on the international stage with our performances," Herdman is also looking forward to playing more Tier 1 teams like Belgium and Uruguay "rather than waiting to receive invites from teams that might not be able to help us prepare at the levels we need to.

"So there's some big steps being taken. The players' performances and the team's performances that will set us up for a real solid (World Cup) in 2026," Herdman said.

Canada is co-hosting the next World Cup, expanded from 32 teams to 48, along with the U.S. and Mexico.

The day after his World Cup ended, Herdman was back at Canada's training centre in Umm Salal Ali, helping his staff pack up.

There will be no touring the local sites for Herdman. His daughter has to get back to school in B.C., he explained.

"It would be nice to just be able to see this part of the world but it's back to life," he said.

Canada's next action is March, with CONCACAF Nations League matches at No. 86 Curacao on March 23 and home to No. 80 Honduras on March 28. Herdman will have to sit out the Curacao game after getting red-carded in Honduras in June.

The Canadians (1-1-0), who currently trail Honduras (2-1-0) by three points in Group C of League A with a game in hand, look to finish first in the group so as to qualify for the Nation League finals with the three other group winners..

The 2023 Gold Cup, which kicks off next June, comes next.

This was Herdman's sixth World Cup, by his count -- after three Women's World Cups (two with New Zealand and one with Canada) and two Under-20 World Cups (New Zealand).

"There's a lot of things you have to take on board," he said of playing on the world stage. "As I review, I know there's some things we did really well across this tournament to keep the brotherhood intact and to have the team prepared to play.

"And then there's other areas. You look at those little moments and what you keep learning is the fine margins, the real fine margins at this level."

Those margins can make a difference, something Canada was learning on the job in Qatar

Qatar marked Canada's return to the men's soccer showcase after a 36-year absence. And while Canada lost all three games -- to No. 2 Belgium, No. 12 Croatia and No. 22 Morocco -- Herdman was proud of his team's ability to hold its own on the world stage.

"What surprised me was just how we were able to show up at the games, how competitive we were," he said. "There was just a feeling of 'We're in every game.' It was a nice feeling. I've been to World Cups where you feel you're not in the game and you're not going to get back into games. But I felt like in this tournament, all three matches we were pushing for either a result or a performance we could be proud of. I think that was the thing I took from it. We were right there. we were right there.

"And then just the enjoyment. I mean the enjoyment of being with your staff, experiencing every day where you're in a sort of high-performance machine and every little cog's turning. You just can't beat those experiences. It was very special. It's been one for the memory book, that's for sure."