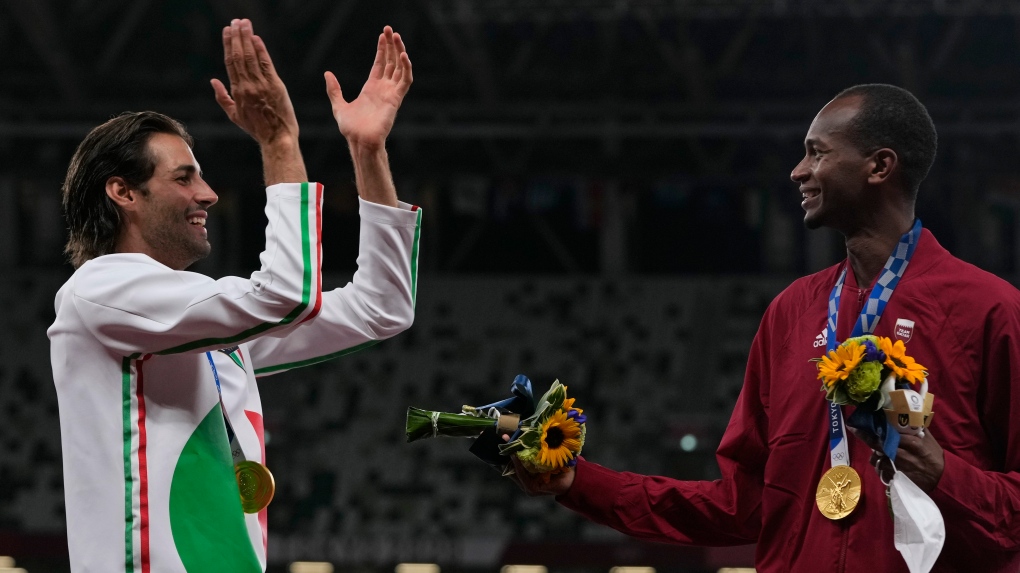 TOKYO -- The camaraderie between Qatar's Mutaz Essa Barshim and Italy's Gianmarco Tamberi continued during the Olympic men's high jump victory ceremony on Monday, a day after the pair opted to share the gold medal.

Both Barshim, 30, and the 29-year-old Tamberi cleared 2.37 meters on Sunday evening. Facing the prospect of a jump-off to decide the winner, they persuaded organizers to let them share the triumph.

Videos and pictures of the good friends clasping hands, whooping for joy and embracing each other have gone viral on social media.

After climbing on to the podium together, Barshim and Tamberi presented the gold medals to each other amid more hugs and switched places to face their flags when each national anthem was played.

"He is one of my best friends, not only on the track, but outside the track," Barshim said on Sunday.

"We work together. This is a dream come true. It is the true spirit, the sportsman spirit, and we are here delivering this message."

It was the first time since the 1912 Olympics that a gold medal was shared in athletics - in both pentathlon and decathlon at the Stockholm Games.