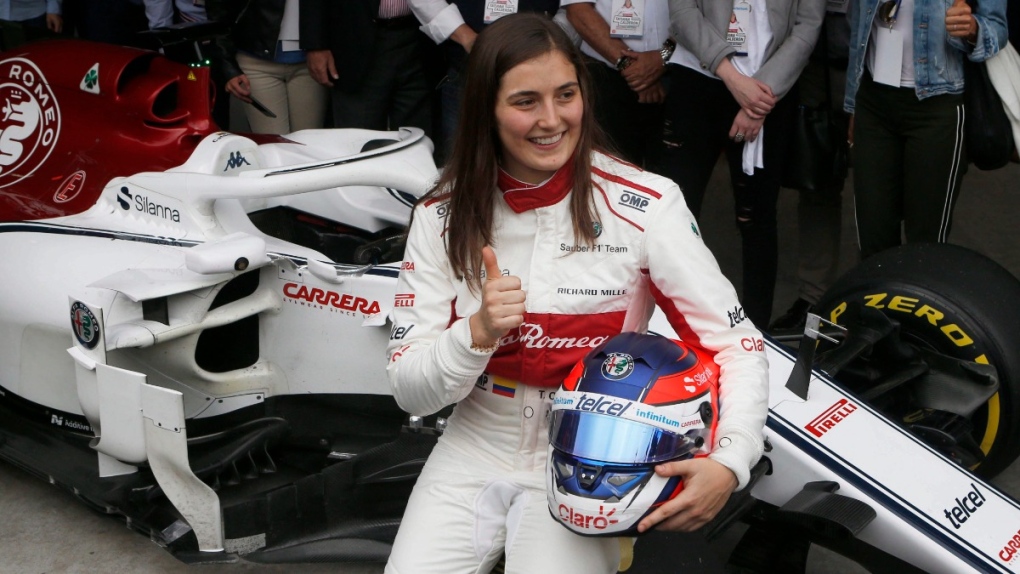 Tatiana Calderon will drive for AJ Foyt Racing this season as the first woman to compete regularly in the IndyCar Series since 2013.

The Colombian will drive a third Indy car for Foyt on the street and road courses alongside Dalton Kellett and Indy Lights champion Kyle Kirkwood. A driver for the oval races in the No. 11 was not announced Monday.

Calderon will be sponsored by ROKiT Group, a media company that has also committed to sponsoring fellow rookie Kirkwood this season.

IndyCar has not had a female driver consistently compete in the series since Simona de Silvestro in 2013, although de Silvestro did run the Indy 500 last season for a team comprised primarily of women.

Calderon becomes the first woman to compete for Foyt, the iconic four-time Indianapolis 500 winner who turned 87 on Sunday. Foyt was one of the very few who showed grace to Janet Guthrie when she began her quest to become the first woman to run the Indy 500 almost 50 years ago.

As Guthrie attempted to prove her readiness to series officials during a 1976 test in a slow, uncompetitive car, Foyt kindly allowed her to turn laps in his backup. The faster machine allowed Guthrie to get up to speed and earn the right to attempt to qualify for the 500, although Foyt never fielded a car for the trailblazer.

With support from the ROKiT Group, Foyt will now have a woman in one of his cars. ROKiT has supported Calderon since 2020 when she competed in the World Endurance Championship and Super Formula Japan.

"One of our fundamental principles in the overall marketing of the ROKiT brand worldwide is our support and promotion of women in motorsport and, as part of that principle, we've supported Tatiana for a long time now," CEO Jonathan Kendrick said. "We recognized her talent and charisma early on, which we've seen grow and develop.

"We know Tatiana is already a role model to many young female drivers around the world and we think the huge exposure of the IndyCar Series will serve only to increase her reach even further to become an inspiration to many more women to get involved in motorsports."

The 28-year-old Calderon spent the last two seasons competing in Super Formula in Japan for Threebond Drago Corse and for Richard Mille Racing in the FIA World Endurance Championship. She has also been a Formula One test driver for Alfa Romeo the past four years.

Born in Bogota and currently living in Madrid, Calderon tested the No. 14 Chevrolet at Mid-Ohio Sports Car Course in Ohio last July to start the process for her to join IndyCar.

"Ever since I started my single seater career in the United States 11 years ago, IndyCar has been a reference for me and it's a dream come true to be on the grid this year," she said. "I'm well aware of the challenge ahead, but this is the chance of a lifetime and I'm keen on making the most of it."

Calderon will test with Kirkwood at Sebring Raceway in Florida this week. The season opens Feb. 27 on the street course in St. Petersburg.