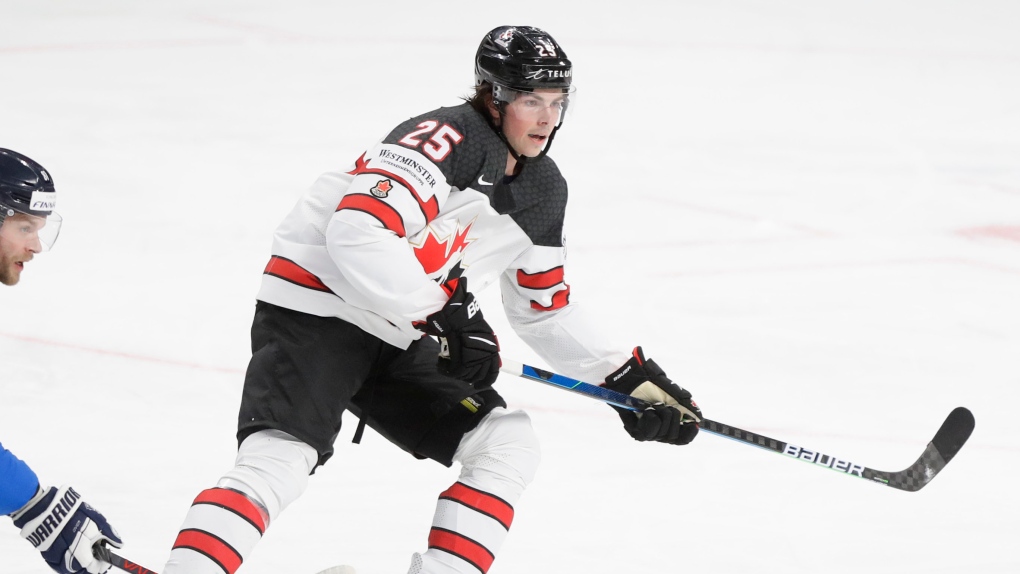 The six-foot-six, 213-pound blueliner from Mississauga, Ont., played at the University of Michigan last season before being selected to Team Canada for the men's world hockey championships in May.

Mason McTavish, a centre from the Ontario Hockey League's Peterborough Petes, was selected third by the Anaheim Ducks.

The Vancouver Canucks were scheduled to be the first Canadian team on the board but earlier in the day sent the No. 9 pick to the Arizona Coyotes in a blockbuster trade.

The Toronto Maple Leafs dealt their first-round selection to the Columbus Blue Jackets in April for forward Nick Foligno and won't pick until midway through the second-round (No. 57 overall) on Saturday.

The draft is being held virtually for the second year in a row.

Scouts, GMs and players have all said this year's draft is difficult to predict as the COVID-19 pandemic limited chances for young athletes to play and be discovered.

This report by The Canadian Press was first published July 23, 2021.