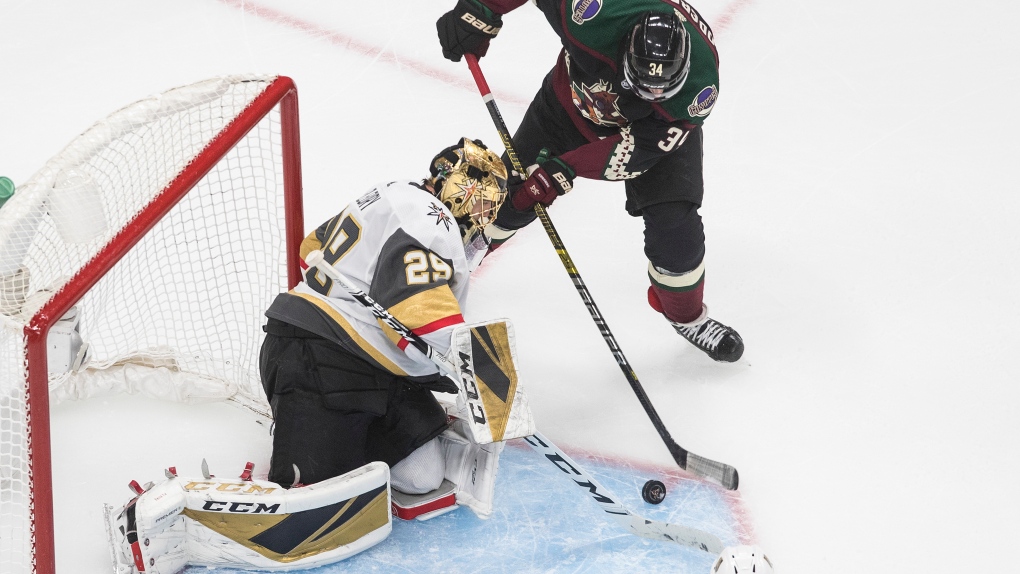 TORONTO -- A lot has changed since the NHL last dropped the puck for a game that mattered.

The COVID-19 pandemic -- which saw countries locked down and economies devastated -- has already resulted in nearly 17 million confirmed positive cases and almost 675,000 deaths across the globe.

There was upheaval elsewhere, too, with the explosion of massive protests demanding social justice, racial equality and an end to police brutality in the United States and elsewhere after George Floyd, a Black man, had his life taken by a Minneapolis officer as three others looked on.

It was certainly a very different world the evening of March 11, hours before the league would suspend its schedule, when the Los Angeles Kings beat the Ottawa Senators in what would turn out to be the final game of the 2019-20 regular season.

And 142 days later, against a complicated backdrop, the NHL is set to return.

"One of the most unique and challenging endeavours any of us have ever been involved with," commissioner Gary Bettman said recently.

Toronto and Edmonton will play host to 24 teams, including six from Canada, when the league resumes its schedule Saturday with a qualifying round to determine both playoff seedings and which eight clubs will fill out the usual 16-slot bracket.

Players and staff are being segregated from the general public in tightly-controlled secure zones -- also known as "bubbles" -- that include hotels, arenas and recreational space in the hub cities.

The rosters primed for the restart had just two combined positive tests for COVID-19 during training camps between July 13 and 25, which was better than anyone could have hoped for considering players were out in their respective communities.

The NHL has said it doesn't believe a future positive test or tests would jeopardize the restart. And while confident in its health and safety measures, the league's top doctor indicated he expects a positive test at some point, but added strict protocols are in place should that happen.

It's no coincidence the NHL chose to come to Canada -- Bettman said as much -- where the novel coronavirus is relatively under control, over the U.S., which dubiously leads the world with more than 4.5 million confirmed cases and 154,000 deaths.

Plenty of handwashing, daily testing and a long list of other precautions are part and parcel with this new NHL reality as the league prepares to play its first-ever August games and potentially award the Stanley Cup in either late September or early October.

That new normal also includes empty rinks, with both Toronto's Scotiabank Arena and Edmonton's Rogers Place set to welcome hundreds of players, a handful of media, and no fans in an effort to keep COVID-19 bay.

Portions of the lower bowl in both buildings have been tarped off, while eight screens hang from the rafters to give the feel of a post-apocalyptic sporting spectacle. And don't forget the artificial crowd noise and five-second delay to catch any inappropriate language for television broadcasts.

"It's definitely going to be different," Toronto Maple Leafs centre Auston Matthews said. "There's not going to be much of an atmosphere."

The league has said it plans to give a nod to heath-care workers and social justice movements during Saturday's opening, but it will be interesting to see how the historically-buttoned-down NHL handles things after a number of white players joined their Black counterparts with strong statements and, in some cases, actions following Floyd's shocking death.

The NBA, which is more diverse on just about every level imaginable, saw players and coaches from all four teams participating in its curtain-raiser Thursday kneel and lock arms during the national anthem in front of the "Black Lives Matter" slogan painted on the court inside the league's bubble near Orlando, Fla.

The NHL used "Black Lives Matter" as one example for its new hashtag .WeSkateFor, and players either stood side-by-side or locked arms during a series of exhibition games this week, but Colorado Avalanche centre Nazem Kadri, who is a Canadian of Lebanese descent, wants to see the league to do more.

Kadri, teammate Pierre-Edouard Bellemare, and Minnesota's Matt Dumba and Jordan Greenway -- the latter three are Black -- stood together for the national anthem ahead of Colorado's pre-resumption of play contest against the Wild earlier this week in a show of solidarity.

"We're all trying to make it better," Kadri said. "We're trying to make the game more diverse, and diversity in the game doesn't happen with racism still going on. That's an important thing for us to address.

"As players we have addressed that. From a league standpoint, I think we'd like to see a little bit more acknowledgment and having them address the situation and know that they stand with their players."

As for the games themselves, it will be fascinating to see how those players respond to their first real action in 4 1/2 months -- with just a handful onlookers in attendance for what will be the strangest campaign on record, one that will see every NHL post-season game played in Canada for the first time since 1925.

"Once the puck is dropped and once they get through a little bit of that understanding of what it's going to be like, it's going to be team against team," Columbus Blue Jackets head coach John Tortorella said. "There's a lot at stake. I think that's when it's going to become like another hockey game.

"It's going to be a very competitive situation."

Only 142 days in the making. But in many ways, it feels even longer.

A CLOSER LOOK AT THE NHL'S QUALIFYING ROUND

Boston, Tampa Bay, Washington and Philadelphia will play a round-robin tournament in Toronto to determine the East's top-4 seeds for the usual 16-team playoff bracket. The best-of-five series will see No. 5 Pittsburgh vs. No. 12 Montreal, No. 6 Carolina vs. No. 11 New York Rangers, No. 7 New York Islanders vs. No. 10 Florida and No. 8 Toronto vs. No. 9 Columbus. The four winners move on to the first round.

St. Louis, Colorado, Vegas and Dallas are set to battle for the top seed in Edmonton, which will host the conference and Stanley Cup finals. The best-of-five matchups are No. 5 Edmonton vs. No. 12 Chicago, No. 6 Nashville vs. No. 11 Arizona, No. 7 Vancouver vs. No. 10 Minnesota and No. 8 Calgary vs. No. 9 Winnipeg. In all, there will be as many as 52 games played in the hub cities over the first nine days of the restart before the teams get a break on Aug. 10.

This report by The Canadian Press was first published July 31, 2020.