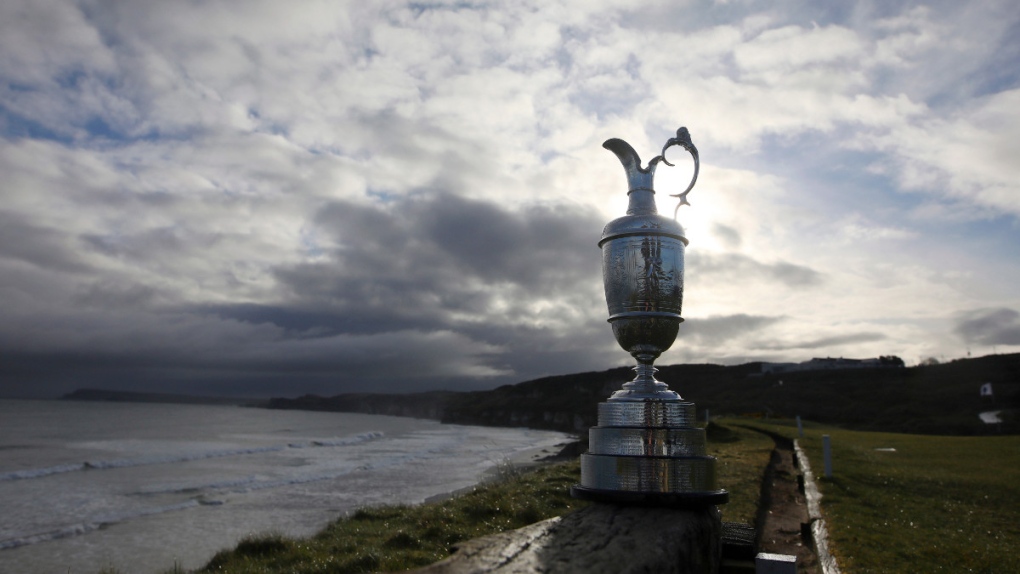 The British Open will not be played this year for the first time since 1945, golf officials announced Monday as they tried to reconfigure a major championship schedule that would end with the Masters being played two weeks before Thanksgiving.

Still to be determined is when -- or even if -- golf can resume depending on the spread of COVID-19 that has shut down sports worldwide.

"I can assure everyone that we have explored every option for playing The Open this year, but it is not going to be possible," R&A chief Martin Slumbers said.

The Masters, which was supposed to start Thursday, was rescheduled for Nov. 12-15. That would follow the PGA Championship on Aug. 6-9 at Harding Park in San Francisco and the U.S. Open -- still at Winged Foot -- for Sept. 17-20.

Golf's major organizations have been trying to piece together a puzzle for the last three weeks and each agreed to announce their schedules at the same time in a show of collaboration. Still missing is the starting line.

The PGA Tour has the most moving parts, and it tentatively has planned to complete its FedEx Cup season close to schedule, with the Tour Championship wrapping up the post-season run on Labor Day.

"We hope the anticipation of staging the Masters Tournament in the fall brings a moment of joy to the Augusta community and all those who love the sport," Augusta National Chairman Fred Ridley said. "We want to emphasize that our future plans are incumbent upon favourable counsel and direction from health officials."

Ridley said every player who has received invitations to play the Masters in April will stay on the list, with more details to be sorted out later. He also said the Augusta National Women's Amateur was cancelled, and every player can keep their spots for next year provided they don't turn pro.

Winged Foot just north of New York City is about 5 miles away from a hot spot for the new coronavirus. Construction for the U.S. Open was stopped two weeks ago as the USGA trying to determine its best course. For now, it's to stay in New York with a September date.

The PGA Championship, which last year moved to May for the first time in some 70 years, returns to August at Harding Park. That would precede the PGA Tour's end-of-season run of the Wyndham Championship in North Carolina, The Northern Trust outside Boston, the BMW Championship in Chicago and the Tour Championship in Atlanta.