Brian Noble, who built the Toronto Wolfpack from the ground up, steps down 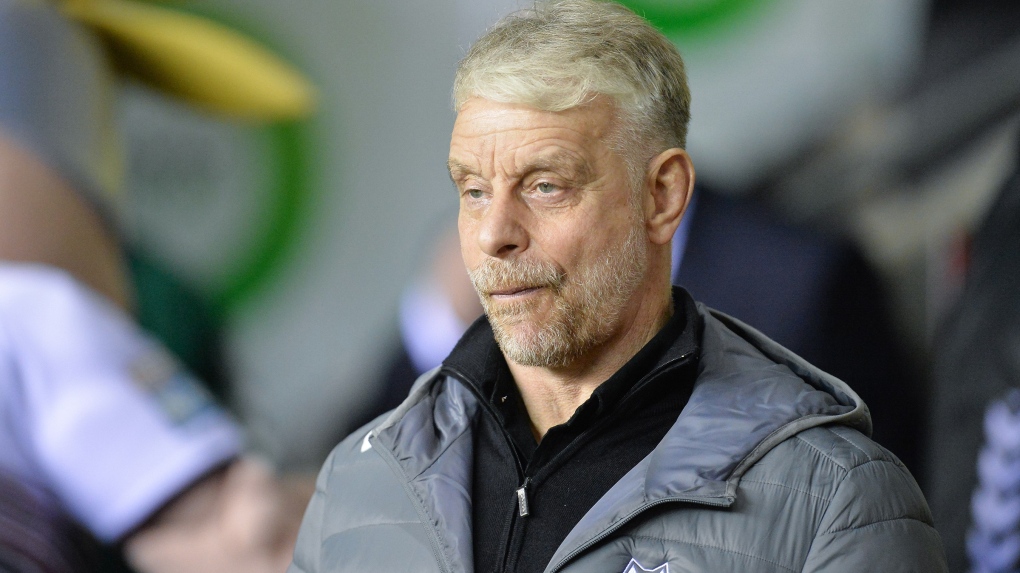 TORONTO -- Brian Noble, who helped build the Toronto Wolfpack from the ground up, is stepping down as director of rugby of the transatlantic rugby league team.

The Wolfpack said Thursday that Noble and the club "have mutually agreed to a release from the remainder of his contract with the club." No reason was given.

The 59-year-old Noble, an icon in the sport of rugby league, has been with the franchise since its inception in 2016, responsible for overseeing player development, recruitment and managing day-to-day activities for the players and coaching staff.

In a statement, Noble said he had "thoroughly enjoyed" his time with the Wolfpack and took pride in helping blaze a trail for rugby league in North America."

"It has been an experience that I'll never forget and feel it's one of my greatest accomplishments," he added. "I have been considering my future since the beginning of the year and I feel that now is the right time for me to move to a new challenge in the game."

"My mission has been achieved with the delivery of a strong football infrastructure for the Club both in Toronto and the U.K. while being part of a brand that continues to attract some of the best talent globally."

Still the timing is odd, after just three rounds of the Wolfpack's debut season in the top-tier Super League. In its fourth season, Toronto may have reached its destination but the journey has only just begun.

It has been a bumpy Super League ride so far. The team has lost its first three games, albeit while delivering some impressive play against tough opposition and working with a minimal squad because of salary cap issues.

The Wolfpack's small front office has also been trying, with little success, to lobby rugby league authorities for salary cap help given that the Toronto franchise is not eligible for some cap breaks available to its rivals via academies and other training paths.

It has been thankless work off the field, in some ways.

Bob Hunter, the Wolfpack's chairman and CEO, thanked Noble for all he has done for the club.

"Brian has been an invaluable resource and asset to our organization right from the beginning," Hunter said. "Our promotion into Super League wouldn't have been possible without him."

A Great Britain international as a player, Noble went on to coach the British all-star side. A small hooker with a fierce work ethic, the player known as Knobby made his debut with Bradford in the 1978-79 season.

"I played over 400 games for Bradford and then I started to creak and I knew I wasn't doing it any more," he told the Independent in 2002. "But the coach wasn't telling me that. It's a horrible thing when you start getting old as a player, you start lying to yourself. That's when you need a coach to be strong and honest, because the players know. But the hardest thing in the world is to tell them."

Rugby league players had jobs in those days. Noble joined the West Yorkshire Police at 18, walking a beat before working with the drugs squad and serving as a community officer.

He coached the Bulls to three Grand Final, three World Club Challenge victories, two League Leaders' Shields and a Challenge Cup between 2000 and 2006.

The game took its toll. Noble has had back issues and walks like he just stepped off a cruise ship after a lengthy trip.

In June 2017, Noble was recognized in the Queen's birthday honours list -- awarded an MBE for his services to sport and for his charity work.

In Toronto, the charismatic Noble helped sell a game that most locals knew nothing about. He calls rugby league "the NFL with MMA."

"Because there's no padding with these blokes. They just going to get stuck into each and throw each other around the field like men. You're going to see blistering speed and a quality of passing skills that we hope are of the highest order."

Noble has also served as a TV and radio pundit for rugby league back in England. Respected by players for his lengthy resume, Noble has proved to be a valuable sounding board.

Noble was Bradford captain when a raw McDermott joined the club. McDermott played nine years at Bradford Bulls, three of which were under Noble who coached the team from 2001 to 2006.

"The team is in good hands with Brian McDermott and will be a team to be reckoned with for years to come," he said.

The Wolfpack play at Warrington (1-2-0) on Friday.