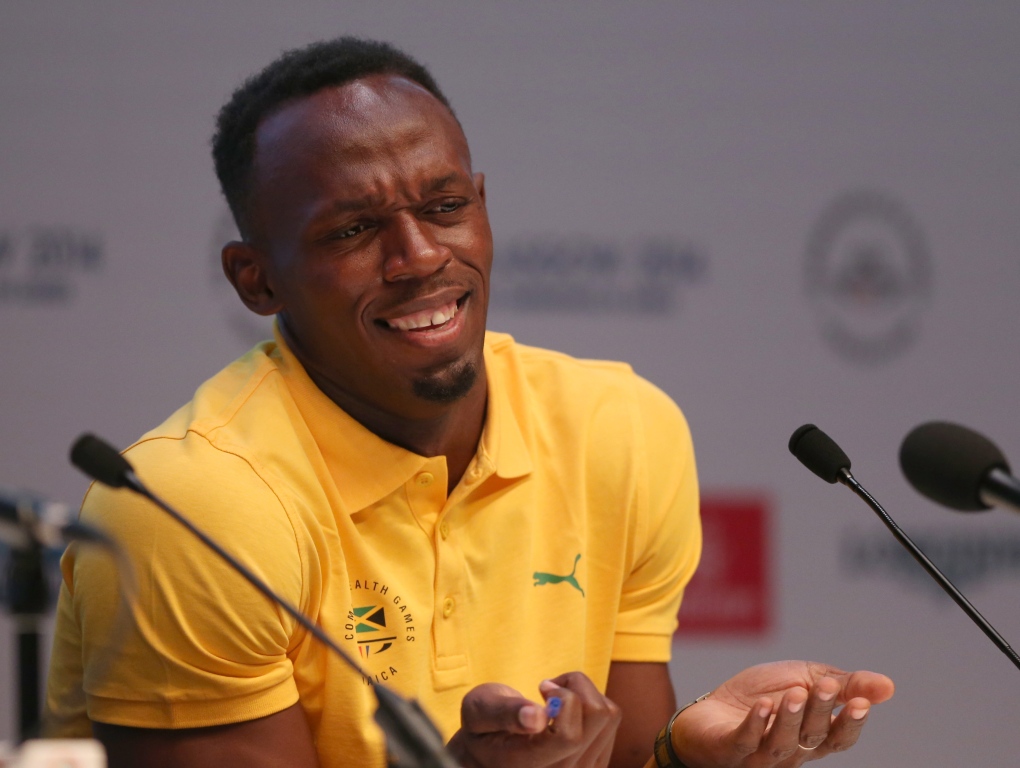 Usain Bolt of Jamaica, double Olympic champion at the 100 and 200 meters, at a press conference at the 2014 Commonwealth Games in Glasgow, Scotland, on Saturday, July, 26, 2014. (AP/Alasatir Grant)

GLASGOW -- Usain Bolt says his foot injury has healed and he's ready to compete at the Commonwealth Games, while being cautious about not overexerting himself.

The Jamaican sprinter is only entered into the relay in Glasgow after the left foot injury stopped him taking part in his national trials.

After flying into Scotland on Saturday, Bolt quickly dismissed doubts about his participation by saying: "I am here to run. I will be running definitely."

Bolt hasn't raced yet this season. He plans to take part in the 4x100-meters relay heats on Friday at Hampden Park.

Bolt says "the injury has completely gone ... I am just trying to take my time trying to get myself in running shape and not push myself too much and then get injured again."