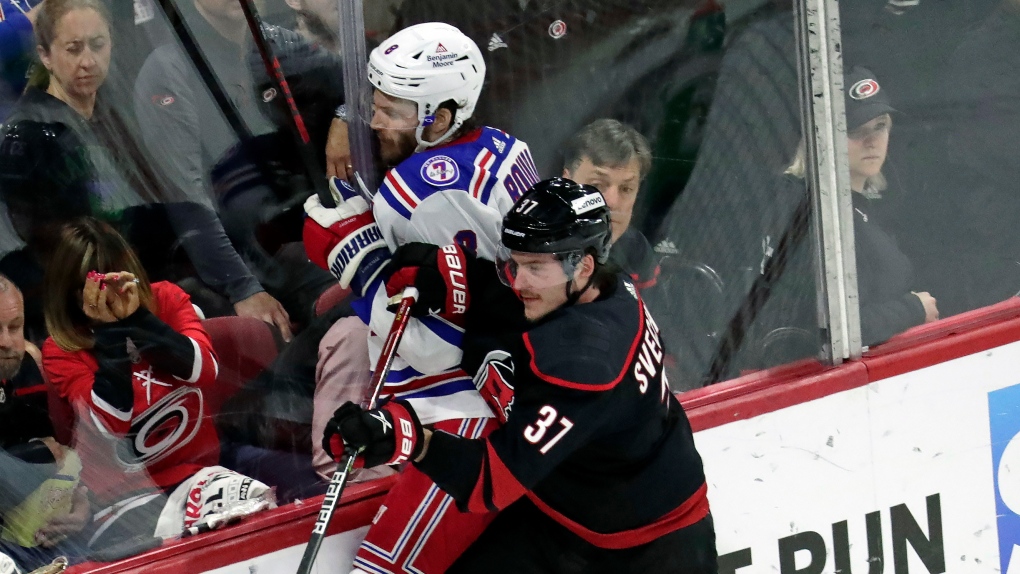 Introducing young hockey players to bodychecking at an early age doesn't protect them from injury as they move into older, harder-hitting leagues, new research has concluded.

In fact, the opposite may be true, said Paul Eliason of the University of Calgary, lead author of a new paper in the Canadian Medical Association Journal.

The study, conducted with the co-operation of Hockey Canada and hockey organizations in Edmonton and Calgary, was done in response to decisions by most Canadian minor hockey associations to forbid bodychecking until players reach the age of 15. Some feared the move would create more injuries, since players at that level would be forced to deal with physical contact without having learned how to take a hit in lower leagues.

Eliason and his colleagues looked at data from thousands of shifts played by hundreds of hopeful Connor McDavids and Sidney Crosbys in rinks both small-town and big-city.

The team compiled information from 941 players, some of who participated for more than one season. The data includes both boys and girls, but not from girls-only leagues, where bodychecking is not allowed.

They compared injuries suffered by young players 15 to 17 with little experience bodychecking and those with at least three years of it. The differences were stark.

Kids at that level who were experienced bodycheckers suffered injuries at a rate more than 2 1/2 times greater than the non-checkers.

The rates of serious injury were even higher. Collisions that took kids out of play for at least seven days or left them concussed were 2.7 times more common among those who had played in contact leagues.

The findings were consistent for forwards and defencemen. The size of the player made little difference.

"We were a little bit surprised that (the rates) were so much higher than those with less bodychecking experience," Eliason said.

Eliason said some of that difference could be the result of higher speeds and skill levels for those players.

"That wouldn't entirely be captured by the levels of play in our analysis."

But he said the rates of injury were too different to have been created entirely by those factors.

"The take-home needs to be that bodychecking experience is not protective," Eliason said.

Hockey culture has shifted from when the first research on kids and bodychecking came out about a decade ago, Eliason said.

"Ten years ago, it was almost blasphemous to say that."

But he said his research has been welcomed by Hockey Canada, Hockey Calgary, the Airdrie Minor Hockey Association and Hockey Edmonton, which have all seen the results. Eliason said the research shows the groups made the right move by banning full contact for the youngest players.

"It's important to keep showing the research. That's why the hockey communities have been so eager to partner with this research, to show their decisions are right and they're making evidence-informed decisions that are improving the safety of the game."

"In watching (under-13) hockey since the removal of bodychecking, we have seen an increased focus on skill and a higher level of play," he said in an email. "We are confident that those who wish to participate in bodychecking streams of play will learn the skills when they reach that category.

"The key is to develop our coaches to properly teach those skills when it is required."

This report by The Canadian Press was first published June 20, 2022