Bobby Orr endorses Trump, calling him 'the kind of teammate I want' 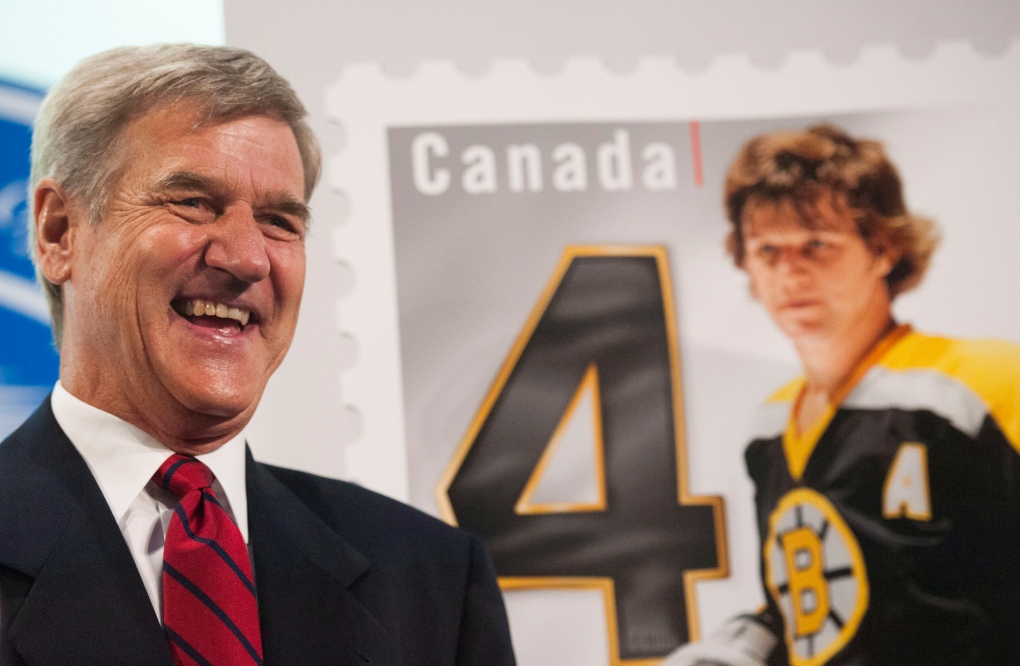 Bobby Orr stands beside his stamp during the unveiling of the NHL stamp series featuring the Original Six Defencemen at the Hockey Hall of Fame in Toronto on Thursday, Oct. 2, 2014. (Hannah Yoon / THE CANADIAN PRESS)

The Boston Bruins legend took out a full-page ad in Friday's New Hampshire Union Leader, where he calls Trump "the kind of teammate I want."

The ad, which includes a photo of Orr and Trump giving a "thumbs-up" gesture, was published less than a week before the U.S. election on Tuesday, Nov. 3.

Trump's tumultuous first term in office has been beset in recent months by high rates of COVID-19 infections and deaths, as well as protests in major American cities against racism and police brutality that have sometimes turned violent.

The Parry Sound, Ont.-born Orr, however, says Trump has come through for Americans "regardless of race, gender, or station in life."

The 72-year-old played almost all of his 12 seasons with the Bruins, winning two Stanley Cups, eight Norris Trophies and three Hart Trophies. He finished his career with the Chicago Blackhawks.