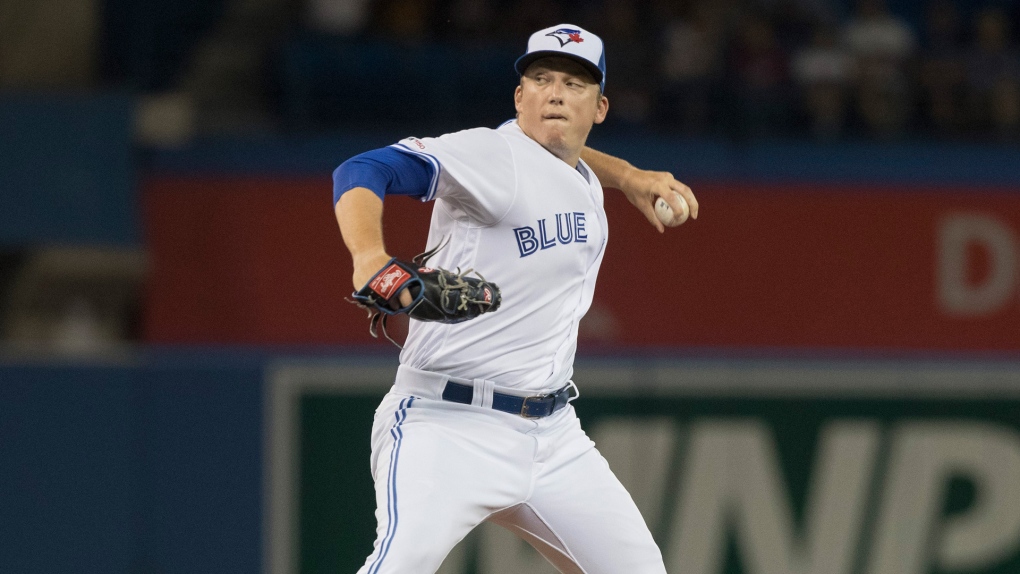 TORONTO -- The Toronto Blue Jays did some off-season housekeeping on Monday night, moving players between their Major League Baseball roster and triple A.

Borucki began the 2019 season on the 10-day injured list with left elbow inflammation and was transferred to the 60-day injured list on April 15, retroactive to March 25. He made four rehab starts across three levels before being reinstated on July 21.

The lefty recorded two starts with Toronto before returning to the injured list on July 31, retroactive to July 28, with left elbow inflammation for the remainder of the season. He underwent surgery to remove a spur in his left elbow on Aug. 8.

Mayza held a 1-3 record with a 4.91 earned-run average across a team-leading 68 relief appearances with Toronto last season. He was placed on the 60-day injured list after undergoing Tommy John surgery on the ulnar collateral ligament in his left elbow on Sept. 18.

Shoemaker made five starts before landing on the 10-day injured list with left knee sprain on April 21. He missed the remainder of the season after undergoing ACL reconstruction and medial meniscus repair on April 30, and was placed on the 60-day injured list on May 15.

Travis missed the entire 2019 season after undergoing surgery on his left knee and was placed on the 60-day injured list on March 25.

Boshers held a 0-3 record with a 4.05 ERA across 27 relief appearances with Toronto last season. The left-handed pitcher was signed by the Blue Jays as a free agent on May 22 and was assigned to triple-A Buffalo.

Dull was claimed off waivers by Toronto on Sept. 18 and made his only appearance as a Blue Jay on Sept. 27.

Stewart recorded a 4-0 record with a 8.31 ERA across 10 relief appearances as a Blue Jay, striking out 16 batters in 21.2 innings pitched.

Tepera put together a 0-2 record with a 4.98 ERA across 22 relief appearances and one start last season. He started the season on the 10-day injured list with right elbow inflammation and made his season debut on April 18. The righty made 12 appearances before returning to the injured list on May 21 with a right elbow impingement.