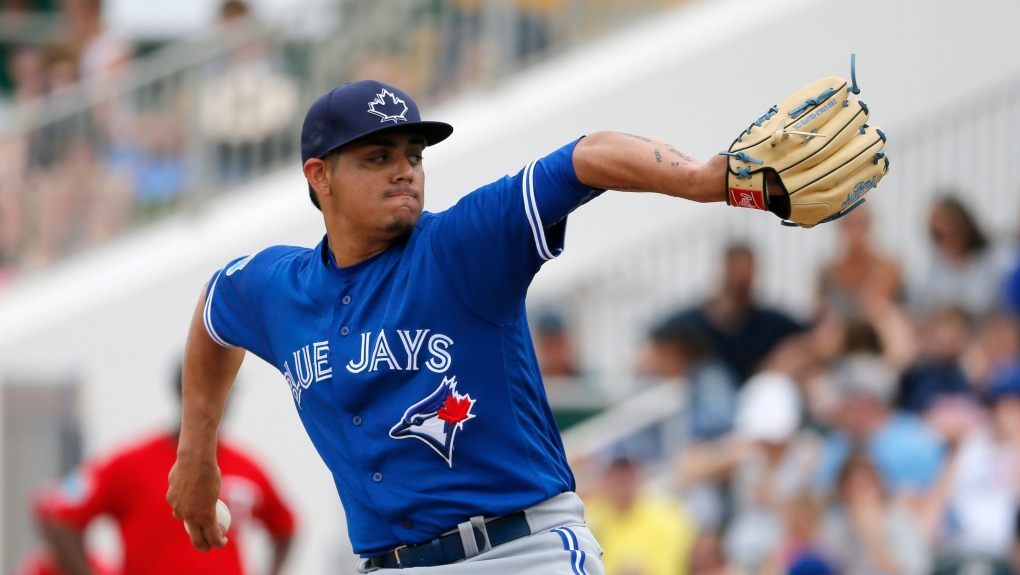 The 21-year-old held off a strong challenge from reliever Drew Storen, who was acquired from the Washington Nationals last January.

The team made the announcement Wednesday morning before a pre-season game against the Minnesota Twins.

"I'm pretty happy to be in the ninth inning again," said Osuna. "It's about the confidence that (pitching coach) Pete Walker and the coaching staff, Gibby (manager John Gibbons), are giving to me. That means a lot to me, and obviously I'm going to do my best."

Osuna was 1-6 with 20 saves and a 2.58 earned-run average in his rookie season last year. Gibbons said familiarity with the 21-year-old Mexican was a big part of keeping him on as closer.

Osuna is 1-1 this spring with a 2.45 earned-run average wit a save and seven strikeouts over 7 1/3 innings pitched.

Storen, who the Jays acquired in an off-season trade that sent outfielder Ben Revere to Washington, was 0-0 with a 3.86 ERA and two strikeouts over seven innings. He had 29 saves last year as a closer with the Nationals.

"He's fine, he said coming in 'whatever role,"' Gibbons said of Storen. "He's very valuable to us."

Storen will likely slot in as the set-up man in the eighth inning, but could be moved to closer if Osuna struggles early in his second season. Gibbons said the Jays will make adjustments to the bullpen if needed.

The Blue Jays also announced Ezequiel Carrera will be their fourth outfielder and Ryan Tepera, Joe Biagini and Arnold Leon will fill out the remaining bullpen spots.