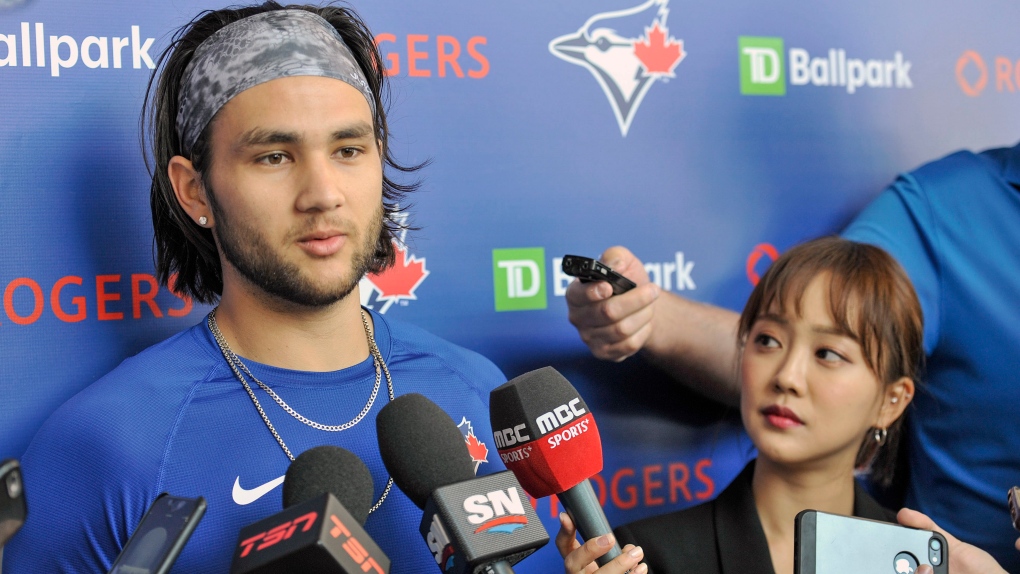 The cheating itself came as less of a shock to him.

"Cheating is cheating, people are going to do it ... but when there are no consequences for it, that's probably a problem," the Blue Jays shortstop said Saturday at Toronto's spring training facility.

"People do things they regret. But when you get away with it, it just becomes a bit bigger than it is. We'll move on from it, but it's a tough pill to swallow."

An MLB investigation found illicit use of electronics to steal signs during the Astros' run to the 2017 World Series championship and again during the 2018 season.

Houston manager AJ Hinch and general manager Jeff Luhnow were suspended for a year after the investigation by MLB commissioner Rob Manfred -- then promptly fired by owner Jim Crane -- and the Astros were fined US$5 million, the maximum allowed under the Major League Constitution. The team must also forfeit their next two first- and second-round amateur draft picks.

But none of the players involved in the scandal have received any punishment.

Cody Bellinger of the L.A. Dodgers, the team that lost to Houston in the 2017 World Series, was one of many players to speak out against the Astros as camps opened across Florida and Arizona this week.

"I think the way it was handled is probably bad for the game, the fact that those guys aren't getting in trouble," Bichette said. "I'm glad Bellinger stepped up and said something. I think more guys in his position need to. But like I said, I think it's more the (lack of) punishment that's bad for the game and not necessarily what happened."

MLB's investigation found that the Astros used the video feed from a centre field camera to see and decode the opposing catcher's signs. Players banged on a trash can to signal to batters what was coming, believing it would improve the batter's chances of getting a hit.

"I believe if I know what's coming, I will hit .500, but I mean, it is what it is," Blue Jays third baseman Vladimir Guerrero Jr. said through a translator. "For myself, I don't know, I don't like what happened."

Guerrero also believes the penalty handed down by MLB should have been extended to the players.

"It has been a while for them to be doing that. They should get some kind of punishment," he said.

Some of Houston's star players offered apologies at their spring training facility Thursday, but Bichette questioned their sincerity.

"From the outside looking in, it doesn't seem too apologetic. They got away with it, we'll move on and hopefully that's behind them and behind everybody."

Bichette and Guerrero were still in the minors during the 2017 and 2018 seasons and weren't directly affected by Houston's cheating. Bichette was 3 for 14 with five strikeouts in the three games he played against the Astros last year while Guerrero was 2 for 14 through five games.

Bichette said he would "absolutely not" have stolen signs the way Houston did over those two seasons, adding that he hoped he would make "a pretty big ruckus" if he found out a teammate was cheating.

"In a way it would be dumb to not take advantage of what we have, but at the same time I think that ... personally I'd be fine if there was no technology in there whatsoever," Bichette said. "I mean they did it back in the day, why can't we do it now?

"So I'm sure part of the reason they did what (the Astros) did, it is because of how easy the access was to it. And for me, I'd have no problem taking every bit of it away."

This report by The Canadian Press was first published Feb. 15, 2020.