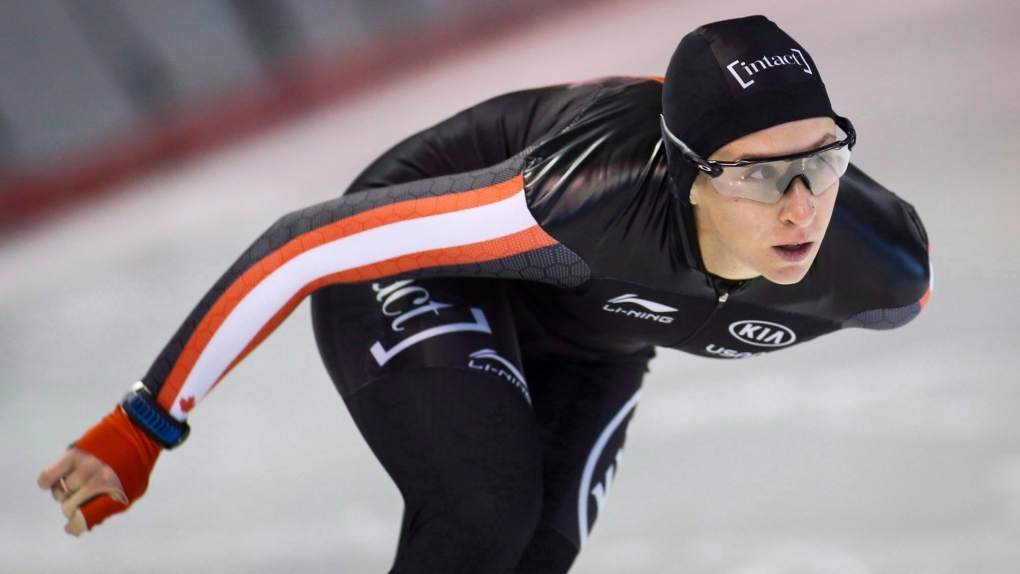 CALGARY -- Ottawa's Ivanie Blondin won a pair of gold medals on Sunday to bring her tally to five over four days at the Canadian long-track speedskating championships.

Blondin captured the women's 1,500-metre crown as well as the mass start on the final day of the competition.

Blondin finished the 1,500 in one minute 55.56 seconds with Valerie Maltais of Saguenay, Que., placing second while Isabelle Weidemann, also of Ottawa, finishing third.

"I woke up this morning and was feeling pretty tired, but it's motivating knowing how well I'm skating," Blondin said. "I got three personal bests over the weekend and our team this year is really strong. Valerie, Isabelle and I, and our whole training group, have really meshed well together this year.

"It has created such a positive environment and I think the results reflect that."

David La Rue of Saint-Lambert, Que., won the men's 1,500 in 1:44.96 for his second title of the year. Antoine Gelinas-Beaulieu of Sherbrooke, Que., was second and Winnipeg's Tyson Langelaar placed third for the first senior championships medal of his career.

The results of the Canadian championships are used to select the team representing Canada on the ISU World Cup circuit this season.