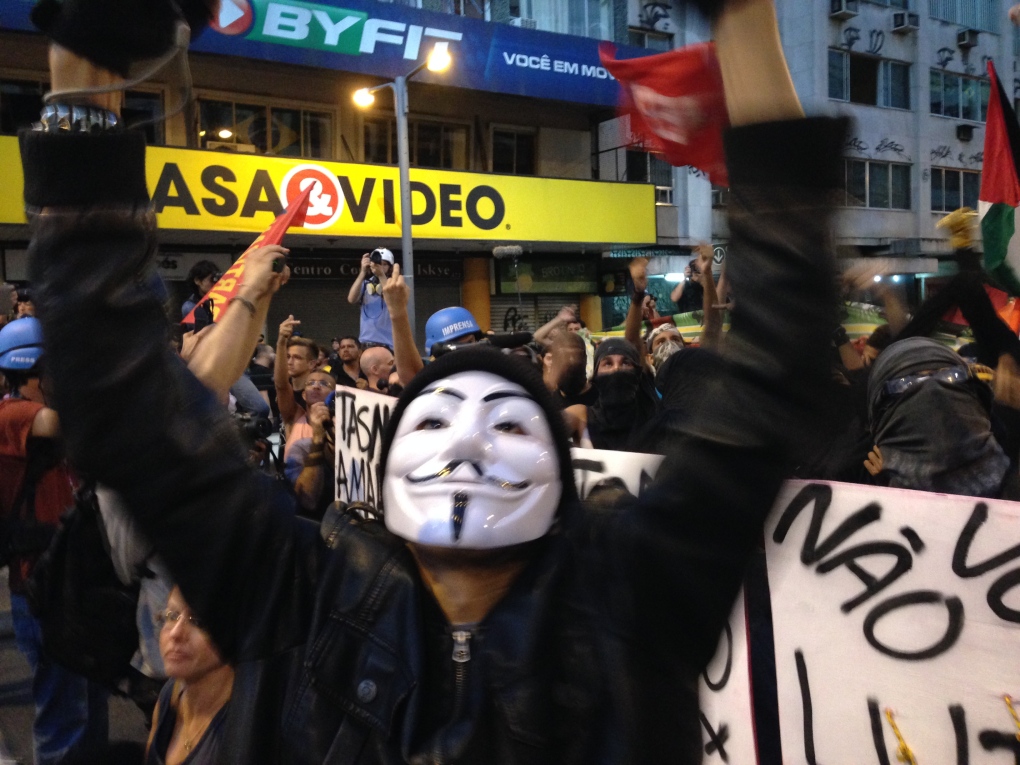 For days there has been talk of a moment that would get the world's attention. A show of force that no one could ignore. A way of making sure the lights and the perfect green grass of the World Cup don't rob the people of Brazil of their voices.

Last night was that night.

Unwilling to just sit back and watch, protesters demanding adequate funding for education, healthcare and housing gathered by the thousands.

Their target was simple – march eight blocks from the metro station to the Maracana Stadium where Argentina was taking on Bosnia.

This was the first match of the World Cup played in Rio. And the reason most protesters thought this was the right time to take on the military police to achieve their goals. 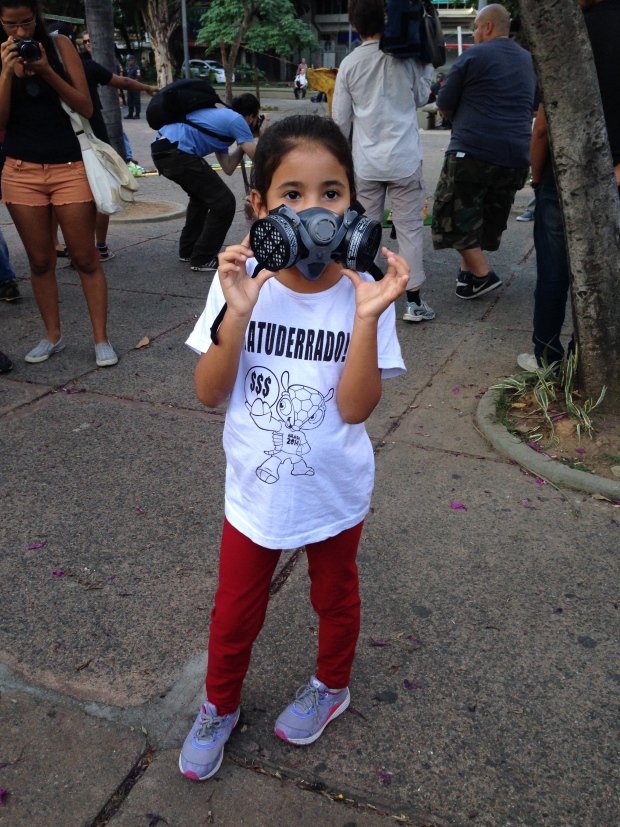 The make-up of the group was diverse: anarchists, homeless groups, artists, musicians, children, retired people. Most were geared up and ready for an all-out assault by the military.

The march started off in typical fashion as the crowd spilled onto the cluttered streets of Rio, blocking traffic as they held massive banners and chanted "FIFA GO HOME.”

Most blame FIFA, the governing soccer body, for forcing the Brazilian government to change its laws and adopt new regulations that infringed on Brazilians' democracy and rights. They also blame the government for agreeing to spend more than $11-billion CDN for this one month.

Almost immediately, the protesters were surrounded. Thousands of soldiers in full riot gear encircled them, forcing them down other roads, directing them away from the stadium. Protesters pushed back, splitting into two groups, spreading the military thin.

Overhead, a helicopter hovering only a hundred metres off the ground blinded the group with flood lights.

At that point, the soldiers put on gas masks, helmets, and pulled out their batons and shields. When we saw them gearing up, so did we. 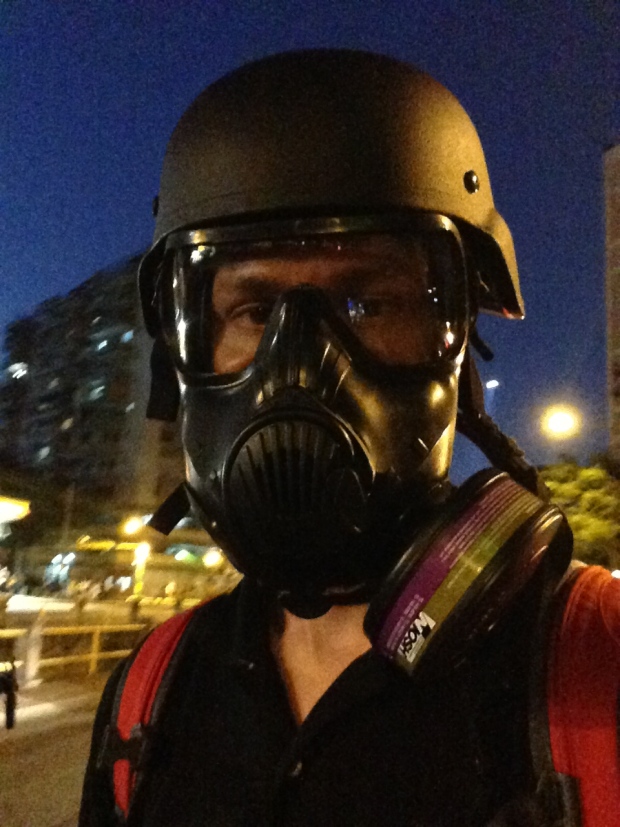 Only a few blocks from the stadium, the soldiers decided the protesters would go no further. The group had marched enough to make its point, but that was it.

CRACK went a tear gas canister, fired into the middle of the crowd. Immediately, someone picked it up and threw it into a creek running along the roadway.

Next, the pepper spray started. Plumes filled the air, scattering the protesters.

Still, the military held the line. Row after row of armed soldiers stood stone-faced as protesters screamed in their faces. Bumping them, head-faking them, antagonizing them. Hoping for them to take the first blow. Giving them an excuse to attack. 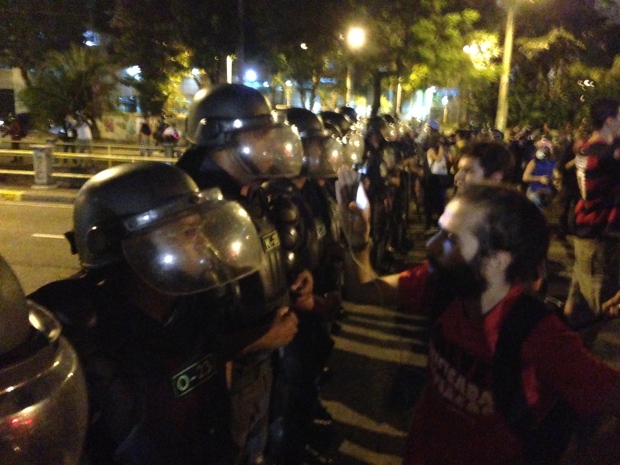 Once most of the crowd dispersed, only the most belligerent remained, standing in front of an armoured vehicle trying to drive away.

Officers sprayed pepper spray again, only an inch from their faces, but the remaining protesters stood their ground. The wind blew the paralyzing mist over the crowd of onlookers, including my producer and cameraman who were forced to fall back as they got faces full. Then, even more pepper spray.

Then the armoured vehicle started driving, slowly at first, with four or five protesters in front. As the vehicle went faster, the teens slammed on the hood demanding them to stop. Eventually as one almost fell, narrowly escaping being run over, they jumped out-of-the-way.

And then it was over. Like that, the group was broken. Their goal, unrealized.

Pouring salt in their wounds, as the soldiers drove away, they pumped their firsts, flipped middle fingers at the protesters, yelling and swearing as they left them in the darkness.

Those still there had nothing left. They walked off, dejected.

We pulled off our masks, removed our helmets and took a deep breath.

Still, we know they will be back out here on Tuesday. That's when protesters say they will be ready for another round with the military. This time, they are promising THEY will win.