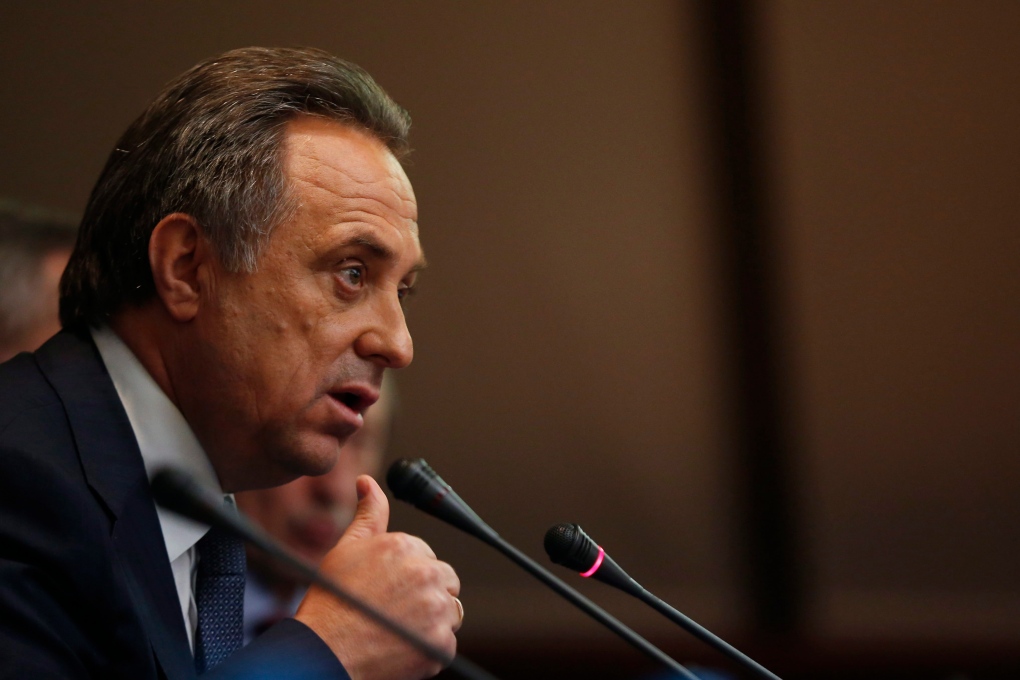 GENEVA -- Relations between FIFA and its next World Cup host, Russia, are under strain.

Attempts by the Russian football authorities to integrate three clubs from Crimea this season -- without consent from Ukraine -- have escalated tensions between the two countries' football federations, which are both members of FIFA and UEFA.

Though the game's world and European governing bodies have reason to at least warn the Russian Football Union of disciplinary action, neither has taken that step.

Blatter's view that the Putin-backed, $20 billion World Cup project of 12 stadiums would be better with 10 met with a pushback on Tuesday from Vitaly Mutko, Russia's sports minister and an elected member of FIFA's executive committee -- which is chaired by Blatter.

It followed a weekend meeting between Blatter, a regular visitor to Russia, and Putin, who speaks the FIFA leader's native German fluently.

FIFA said in a brief statement that their talks in Sochi, which were not announced in advance, concerned "business related to" the 2018 World Cup.

The three-paragraph FIFA release did not specify if Blatter and Putin discussed the current stalemate in football politics over Crimean clubs.

Blatter reiterated that the Crimea matter "should be overseen by" UEFA, according to FIFA's account of the Russian trip, which included talks with Mutko and organizing committee CEO Alexey Sorokin.

FIFA's diplomacy with Russia seems restrained compared with its typically strict enforcement of rules that prohibit government interference in how football federations manage their affairs.

In other cases, FIFA has publicly set deadlines for national governments or courts to withdraw their threats or rulings. If not, FIFA suspends a country's teams and officials from international matches and meetings until football order is restored.

It is possible that the Russian Football Union acted alone -- without government advice -- when it announced last month that Crimean clubs SKChF Sevastopol, Tavria Simferopol and Zhemchuzhina Yalta had been added to the Russian third-tier league. The clubs left the Ukrainian league after last season but their transfer to Russia has not been approved by UEFA, which has authority over FIFA on purely European disputes.

The Crimean clubs issue has been clear since March, when a disputed referendum supported the region's annexation by the Russian state.

Still, the football problem has lingered beyond the Brazil-hosted World Cup and into the new season with Russia on the clock as upcoming host.

Top Russian clubs have even raised concern UEFA could be forced to suspend them from the Champions League and Europa League.

A solution could be found in Monaco next week when all parties will gather on the sidelines of the Champions League group-stage draw. That draw could include Zenit St. Petersburg, owned by Russian industrial giant Gazprom -- a top-tier Champions league sponsor -- and which counts Mutko among former presidents.

UEFA has publicly expressed hope that the Russian and Ukrainian federations will find a compromise.

"If they would come up with a joint proposal that would be a very nice signal," UEFA general secretary Gianni Infantino said this month, without suggesting which side might concede ground. "Football sometimes makes miracles."

Meanwhile, the question of Russia's World Cup stadiums was on the agenda in Sochi, according to FIFA.

Blatter suggested "a possible reduction in the number of venues for the 2018 FIFA World Cup as well as matters linked to the capacity of the arenas."

"The conception, under which 12 stadiums in 11 cities will host World Cup matches, is not being changed," Mutko said, according to the ITAR-Tass agency. "FIFA recommends 10 stadiums in nine cities, including two arenas in Moscow."

A final decision might be made when FIFA's executive committee next meets Sept. 25-26 in Zurich.

The once certainty is that the international mood about a World Cup in Russia has clearly changed since Brazil hosted a better-than-expected World Cup.

The shooting down of a Malaysia Airlines passenger jet in eastern Ukraine last month, suspected to involve pro-Russian separatists, fueled calls from western lawmakers for FIFA to move the tournament elsewhere.

Blatter has dismissed those calls, and was joined by UEFA President Michel Platini. UEFA must also decide on Sept. 19 whether to choose St. Petersburg as a host for 2020 European Championship matches.

For now, Russia seems too big in world football to fail.