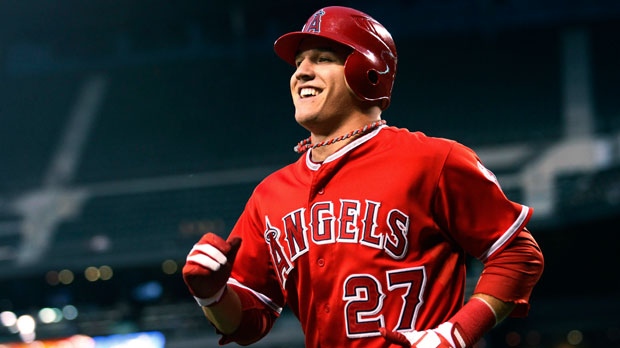 In this Aug. 31, 2012, file photo, Los Angeles Angels' Mike Trout smiles after scoring against the Seattle Mariners during a baseball game in Seattle. (AP Photo/Elaine Thompson)

NEW YORK -- Major league batters are on pace to hit 600 more home runs than in any previous season, nearly 10 per cent above the record set two years ago.

There were 1,057 home runs in July, according to the Elias Sports Bureau, breaking the previous July record of 961 in 2004.

The major league batting average was .252 through June. That is up four percentage points from last year's average, the lowest since 1972 -- the year before the American League started using the designated hitter.