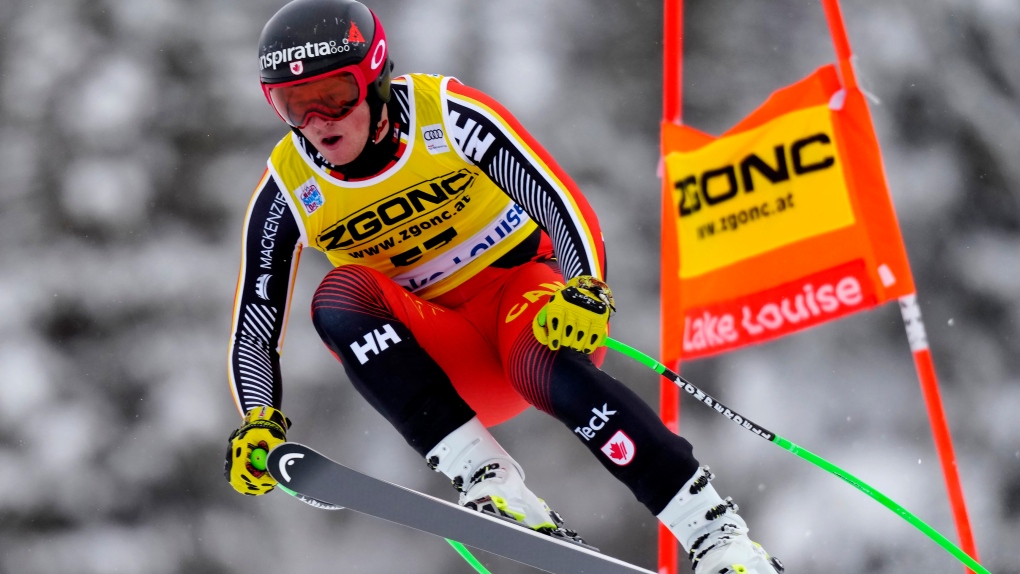 Austrians took advantage of their early starts to finish first and second in the season-opening men's World Cup downhill in Lake Louise, Alta., on Saturday.

Matthias Mayer won for the second time in four years at the ski resort west of Calgary, followed by teammate Vincent Kriechmayr in second.

Mayer was the seventh man to push out of the start hut and Kriechmayr was the first.

"Of course, I'm very satisfied," Mayer said. "It's the first race of the season. I know that I had some good work in summer. Not only me. Also, Vincent had good work this summer. As a team, we are in very good shape."

Mayer posted a winning time of one minute 47.74 seconds with Kriechmayr crossing the line in 1:47.97.

"All in all, a really good run," Kriechmayr said. "Matthias was amazing today and he was the right winner for this race."

Defending World Cup downhill champion Beat Feuz of Switzerland had drawn a No. 5 start bib and finished third behind the Austrians in 1:48.09.

Mayer also won the men's downhill in 2018. Last year's World Cup at the ski resort west of Calgary was cancelled because of COVID-19.

Toronto's Jack Crawford was the top Canadian in 24th. The 24-year-old held a No. 52 start bib, and raced a bumpy course in dimming light to earn World Cup points among the top 30 finishers.

About 40 centimetres of snowfall in a 24-hour period forced the cancellation of Friday's downhill. Course workers worked feverishly early Saturday to shift snow and groom the course for a noon start local time.

"They did really good work on the slope today," Mayer said. "It was good skiing today and it was World Cup conditions."

Early starters had the advantage of a more pristine track and better visibility, however, as cloud descended onto the top of the mountain throughout the afternoon.

"I think it was very important because the snow was getting bumpier from number to number," Mayer said. "Starting number seven, I think I was in a good (place) and Vincent and Beat also started in front of me. I saw Vince's run. It was really good."

There's stiff competition within the deep men's Austrian team to represent their country in February's Winter Olympics in Beijing.

Both Mayer and Kriechmayr got a head start on that task Saturday.

"We have so many races still," Kriechmayr said. "I want to show my best skiing every time, every race. That's my goal for the season."

Crawford finished in the downhill points for just the second time in his career.

"It was definitely a hard day," Crawford said. "The light was flat and the new snow made it a little bit inconsistent, so starting later in the pack, there were some pretty big holes.

"I managed to watch a few guys who were starting just ahead of me, which helped me create a plan on the fly to deal with all of that changing environment and the holes down the course.

"I'm happy with today with how the conditions were. I was definitely hoping for better. You always are, but with how I skied today, I'm quite satisfied with the overall result."

Seger finished just outside the points in 31st in a field of 65 racers.

"I'm not going for 30th places this season," Seger said. "I want to be a lot deeper than that."

"It's really too bad we didn't have a second downhill here because that would be a good opportunity for redemption," Read said.

Cameron Alexander of North Vancouver, B.C., nearly crashed, but recovered to cross the line in 58th.

The women arrive in Alberta next week for two downhills and a super-G at the resort in Banff National Park.

This report by The Canadian Press was first published Nov. 27, 2021.