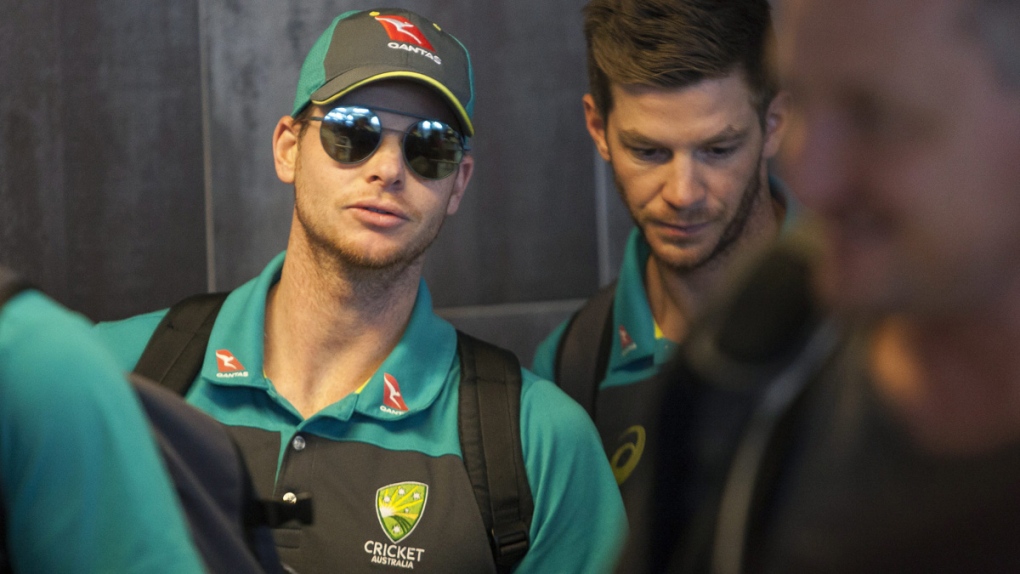 JOHANNESBURG -- Australia cricket captain Steve Smith confirmed Wednesday he had been banned from playing for his country for 12 months for his role in a ball tampering plot in the test series in South Africa.

Smith confirmed the punishment to The Associated Press and a small group of Australian reporters before leaving the tour of South Africa in disgrace for his part in a plot to cheat in the third test.

Smith, vice-captain David Warner and batsman Cameron Bancroft conspired to cheat by illegally changing the condition of the ball by rubbing it with a piece of yellow adhesive tape and some dirt in the match against South Africa in Cape Town last weekend.

Warner and Bancroft were also expected to receive lengthy bans and have also been expelled from the team. Cricket Australia said the trio will return home on Wednesday.

Warner, the pugnacious 31-year-old opening batsman, was also expected to be banned for 12 months, meaning his international career may be over. Bancroft, the young player tasked to do the on-field tampering in Cape Town, was reportedly given a nine-month ban.

The Cricket Australia punishments followed an internal investigation into the extent of the cheating plot in South Africa.

No decisions had been officially announced yet by Cricket Australia but Smith as he prepared to leave the team hotel said that he wasn't allowed to play for Australia, or any state cricket in Australia, for a year.

Wicketkeeper Tim Paine will take over as Australia captain for the final test in South Africa.

Smith, wearing a white T-shirt and dark baseball cap, hugged Paine as he prepared to leave the team hotel in Johannesburg to fly home. Coach Darren Lehmann, fast bowler Mitchell Starc and batsman Usman Khawaja all were there to say goodbye to him. Bancroft also stood in the hotel lobby at one point.

Smith, Warner and Bancroft are all set to face the public outrage when they get home after their actions left the reputation of Australia's favourite sports team in tatters.

After a discussion during a break in play on Saturday, Smith, Warner and Bancroft decided they would try to change the condition of the ball by using a piece of yellow adhesive tape and some dirt collected from the side of the pitch. Bancroft was tasked to do the on-field tampering -- roughing up one side of the ball -- but botched it when he was caught by television cameras doing the tampering and then trying to hide the tape down the front of his trousers. The evidence from the TV cameras was overwhelming and Smith and Bancroft came out after play to confess to their roles in the plot to reporters.

Warner wasn't initially named in the plot, but was officially implicated by Cricket Australia on Tuesday when chief executive announced all three would be sent home from the tour.

Australia also lost the test in Cape Town by a crushing 322 runs.

With Smith, Warner and Bancroft on the way home, their places in the Australia squad will be taken by Matt Renshaw, Joe Burns and Glenn Maxwell.

Australia trails 2-1 ahead of the final test in Johannesburg. Engulfed in a crisis, Australia faces losing a series in South Africa for the first time in nearly 50 years.