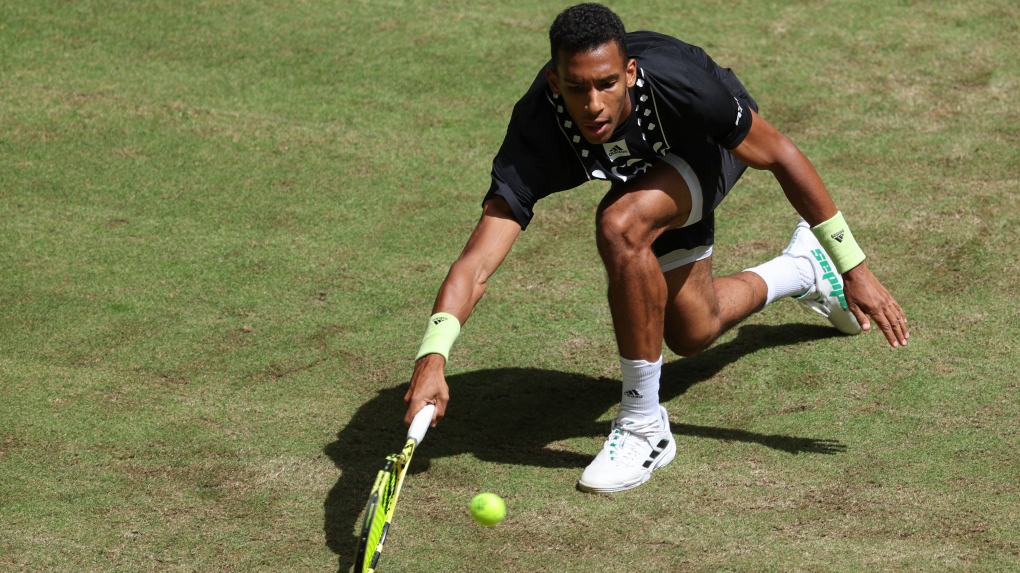 Felix Auger-Aliassime from Canada returns the ball to Marcos Giron from United States during their match at the ATP tennis tournament in Halle, Germany, Tuesday, June 14, 2022. (Friso Gentsch/dpa via AP)
LOS CABOS, Mexico -

Canada's Felix Auger-Aliassime continues to have a strong run at the Los Cabos Open.

The Montreal native defeated Steve Johnson 6-4, 7-6 (3) to move on to the semifinals.

Auger-Aliassime hit 17 aces to Johnson's four and broke the American on one of seven attempts.

Ranked ninth in the world and the second seed in the tournament, Auger-Aliassime defeated Mexico's Alex Hernandez on Wednesday after receiving a bye into the round of 16.

The 21-year-old will next face either Cameron Norrie or Radu Albot on Friday for a spot in the final.

A win in the semifinals would pit Auger-Aliassime against either world No. 1 Daniil Medvedev or Miomir Kecmanovic, who will play against each other in the other semifinal match.

This report by The Canadian Press was first published Aug. 4, 2022