Auger-Aliassime moves on to quarters with comeback win over Sinner, Shapovalov ousted

Auger-Aliassime moves on to quarters with comeback win over Sinner, Shapovalov ousted 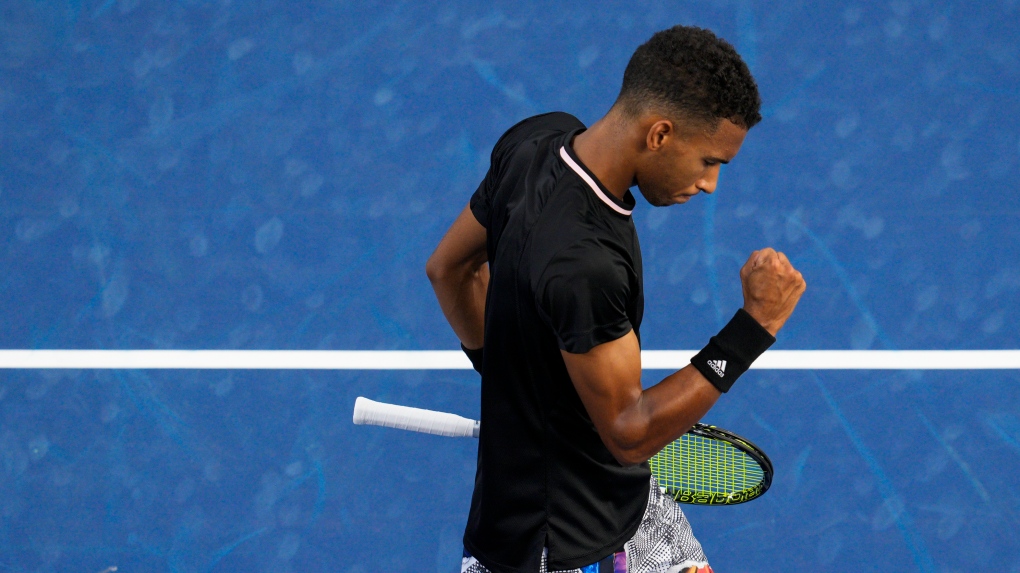 Felix Auger-Aliassime earned a berth into the quarterfinals Thursday with a 2-6, 7-6 (1), 6-1 comeback win over Jannik Sinner at the Western & Southern Open Masters-level tennis tournament.

Seventh-seeded Auger-Aliassime fired 14 aces to Sinner's four, as he shifted the momentum with a strong effort in the tiebreaker to win the second set.

Auger-Aliassime, of Montreal, went down 3-0 early in the first set before winning his first game. He broke the 10th-seeded Italian on three out of eight opportunities.

The 22-year-old Canadian will next play on Friday against Borna Coric, who defeated Roberto Bautista Agut 6-2, 6-3.

Earlier in the day, Denis Shapovalov gave up a pair of 11th-game breaks in a 7-5, 7-5 loss to world No. 1 Daniil Medvedev in third-round action.

Shapovalov showed flashes of skill at points during the match, particularly in the ninth game of the second set. He fought off four break points and took a 5-4 lead after winning a game that took nine minutes and 42 seconds to complete.

There is little margin for error when facing Medvedev, however. After the Russian held serve to tie the game 5-5, Shapovalov fell behind early in the 11th game, committing a forced error at the net on the first point and then a double fault to go down 30-15.

Shapovalov tied the game 30-30 but Medvedev won the next two points, finishing the break when Shapovalov ended an eight-volley rally with his 21st unforced error of the match.

Medvedev served to love in the deciding game to win the match in one hour, 46 minutes.

Shapovalov, from Richmond Hill, Ont., went down an early break in the first set, but converted his only break point of the match in the eighth game to tie the set 4-4.

After both players held, Medvedev converted his fourth break point of Game 11 to take a 6-5 lead. In the following game, he set up set point with an ace, then won it when Shapovalov couldn't handle his serve.

Medvedev has won three straight matches against Shapovalov and leads the career series 3-2.