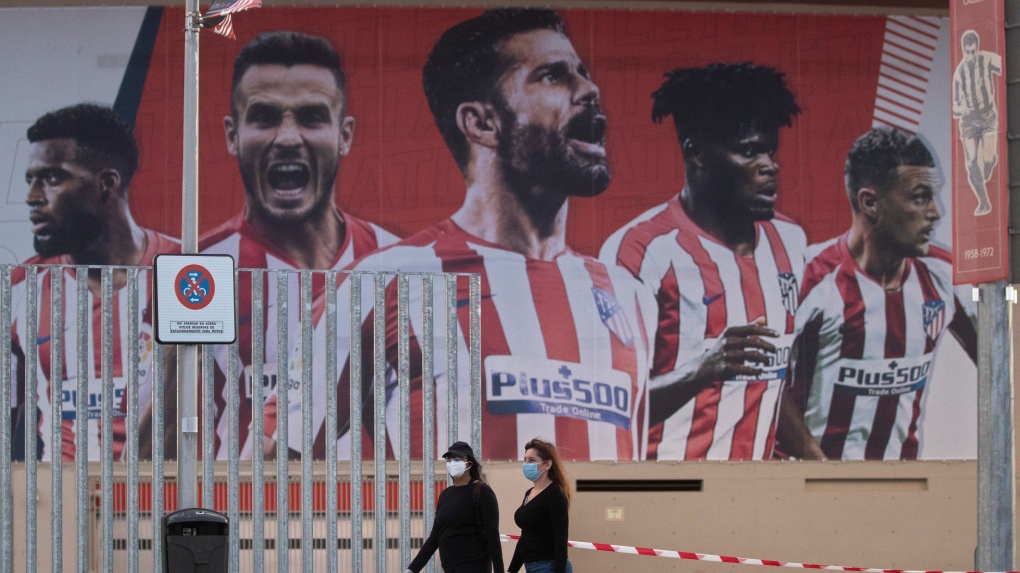 MADRID -- Atletico Madrid said Monday that players Angel Correa and Sime Vrsaljko have tested positive for the coronavirus but the rest of the squad has been cleared to make the trip to Portugal for the Champions League quarterfinals.

The new negative results came as a relief for the Spanish club -- and UEFA -- just two days before the start of the final stage of Europe's top club competition. An outbreak within one of the clubs in the final eight could have hurt UEFA's hopes of successfully finishing the tournament amid the pandemic.

Atletico announced the two positive tests in its group on Sunday but had not identified who was infected.

It said the entire squad was re-tested and on Monday the results came back negative for everyone else set to travel to Lisbon.

Correa was a regular starter for Atletico and led the team in assists this season, while Vrsaljko had not been playing recently as he recovered from injury. Neither player showed symptoms for COVID-19 and both would remain isolated at their homes in Spain.

Atletico said earlier tests had showed that Vrsaljko had already previously developed antibodies for the new virus and that health authorities considered his case solved.

Atletico said 21 first-team players and four from its youth squads would make the trip for Thursday's match against Leipzig. The team will travel on Tuesday, a day after previously scheduled.

The last eight is set to begin in Lisbon on Wednesday amid tight health safety protocols to prevent a coronavirus outbreak from derailing the competition's finale. The semifinals and Aug. 23 final will also be played in Lisbon.

Other clubs involved in the quarterfinals have not reported any positive tests among their players recently.

The other one-game series feature Atalanta vs. Paris Saint-Germain on Wednesday, Barcelona vs. Bayern Munich on Friday and Manchester City vs. Lyon on Saturday.

Atletico is seeking its first title in Europe's most lucrative club competition. It lost the 2014 and 2016 Champions League finals to city rival Real Madrid. It was also runner-up in 1974, losing to Bayern Munich. Diego Simeone's team was eliminated by Juventus in the round of 16 last season.