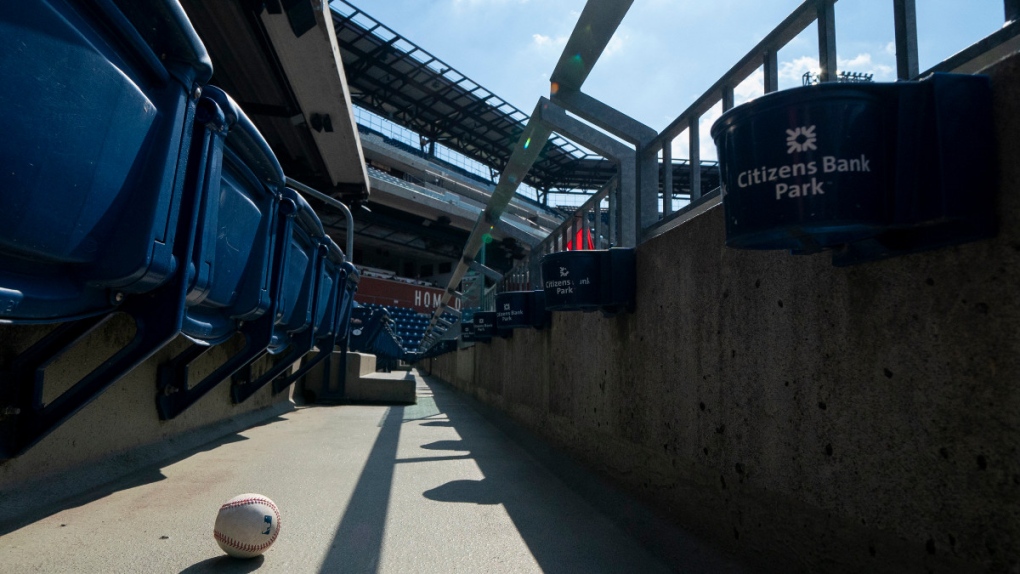 A foul ball that was hit into the stands sits on the floor of an empty stadium during the eighth inning of a baseball game between the Miami Marlins and the Philadelphia Phillies, on July 26, 2020. (Chris Szagola / AP)

NEW YORK -- Major League Baseball and the players' union plan to maintain 28-man rosters through the end of the post-season amid continued challenges posed by the coronavirus pandemic, two people familiar with the matter said.

The people spoke to The Associated Press on condition of anonymity Tuesday night because the agreement had not been announced. The move is pending the approval of team owners in an upcoming vote.

Rosters are set to shrink from 30 to 28 on Thursday, and the union has told players to expect them to remain that size through the completion of the World Series. The sides had originally agreed to cut rosters to 26 players on Aug. 20.

Taxi squads will be expanded from three to five players, the people said.

Before the pandemic shut down spring training and prompted MLB to set a shortened 60-game schedule, the league and union had agreed to expand active rosters from 25 to 26 this season.

Tuesday's agreement was first reported by The Athletic.