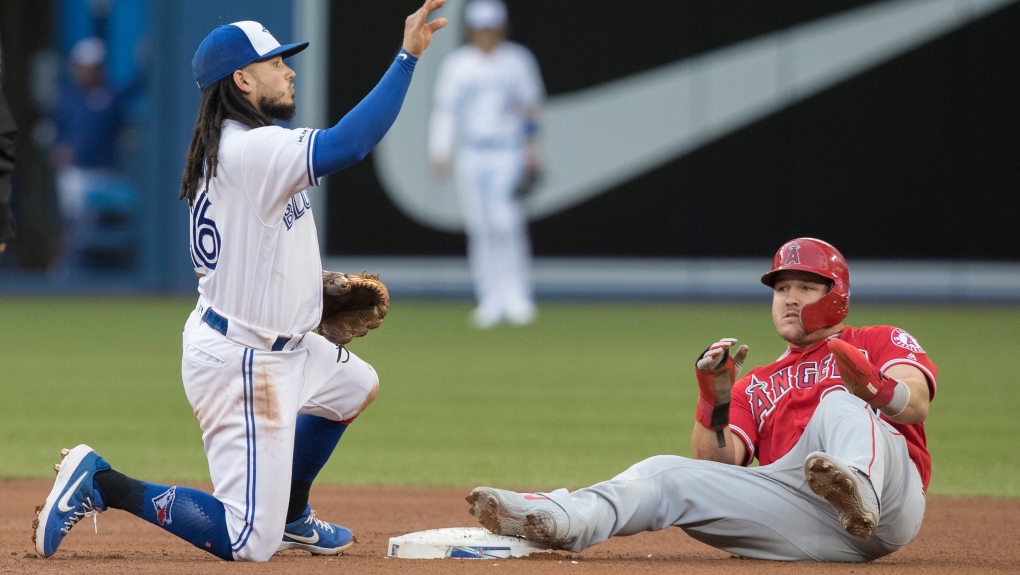 NEW YORK -- Major League Baseball players ignored claims by clubs that they need to take additional pay cuts, instead proposing they receive a far higher percentage of salaries and commit to a longer schedule as part of a counteroffer to start the coronavirus-delayed season.

Players proposed a 114-game regular season Sunday, up from 82 in management's offer, a person familiar with the plan told The Associated Press. Done that way, the World Series could extend past Thanksgiving.

The person spoke to the AP on condition of anonymity because no details were announced.

Opening day would be June 30 and the regular season would end Oct. 31, nearly five weeks after the Sept. 27 conclusion that MLB's proposal stuck to from the season's original schedule. The union offered scheduling flexibility to include more doubleheaders as baseball crams the games into 123 days, leaving little room for days off.

MLB's proposal Tuesday would lower 2020 salaries from about $4 billion to approximately $1.2 billion. The union's offer would have salaries total about $2.8 billion.

The plan was given to MLB during an 80-minute digital meeting among Commissioner Rob Manfred, deputy commissioner Dan Halem, union head Tony Clark and union chief negotiator Bruce Meyer. The meeting was contentious, a person familiar with it said.

Like MLB, the union would increase post-season teams from 10 to 14. But unlike MLB, the players' proposal would extend the post-season about a month past its usual end. MLB has said it is worried about a second wave of coronavirus outbreaks in the autumn.

While management proposed an expanded post-season for 2020 only, the union offered it for this year and next.

Players proposed new events that could increase revenue, such as a post-season or off-season All-Star Game and/or Home Run Derby, to wear broadcast microphones on the field and to participate in television programming away from ballparks.

They also asked for $100 million more in salary to be advanced during the resumption of spring training.

The union and MLB agreed March 26 that players would receive prorated shares of salaries, part of the deal in which if the season is scrapped each player was guaranteed service time for 2020 matching what he earned in 2019. The union also was guaranteed $170 million in salary advances.

While the union says salaries were dealt with then, that agreement covered only games in regular-season ballparks and with fans. The deal called for "good faith" negotiations for games without fans or at neutral sites.

MLB told the union that players would get 89% of revenue in an 82-game schedule with prorated salaries and clubs would combine to lose $640,000 for each additional game. The union has questioned the accounting.

MLB's offer called for spring training to resume in mid-June and for the season to start around the Fourth of July. The club proposal would take the prorated salaries and reduce them again in a sliding scale. Those at the $563,500 minimum would get about 47% and those at the top -- led by Mike Trout and Gerrit Cole at $36 million -- would receive less than 23%. Management proposed $200 million of salaries would be contingent on the post-season's completion.

If the post-season is not held because of a second wave, the union plan calls for $100 million in salary to be deferred with interest, payable in November 2021 and November 2022. Only players whose original 2020 salaries were $10 million or more would be subject to having money deferred.

The union estimates high-payroll teams would have up to $7 million in payroll relief, the person said.